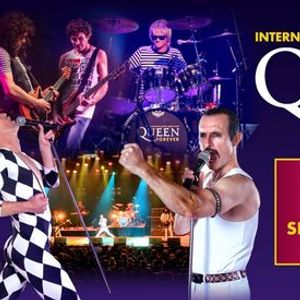 QUEEN Forever - The Palms at Crown 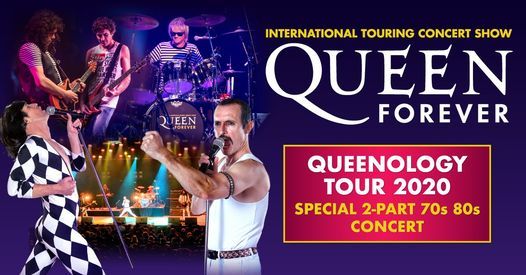 QUEEN Forever - The Palms at Crown

Get ready to rock with Australia’s most popular Queen Tribute show Queen Forever on their QUEENOLOGY 2020 Tour.

Queen Forever will be performing a Special 2-Part show featuring 2 distinct eras of Queen – the 1970s and the 1980s:

This is a unique concert that old and new Queen fans will love.

Queen Forever were established in Melbourne in 2006 and have been selling out concert halls and theatres all over Australia and overseas. Gareth Hill is much-loved performer and an outstanding Freddie and front-man and has been wowing fans all over the world with his amazing rendition of the late, great Freddie Mercury.

“A fantastic show, very interactive with the audience, a fun night for all ages. We took a 7 year old, and he loved it …”

“Queen Forever are very authentic and true to the music created by Queen. Gareth’s vocals are sensational and if you closed your eyes you could easily think you are amongst the original band from the 70’s. A must see for any Queen fan”

“Close your eyes …. and your transported back ….. Gareth Hill is an amazing artist and has Freddie down pat … the comradery on stage is magic…. just Brilliant …..”

Tickets for QUEEN Forever - The Palms at Crown can be booked here.