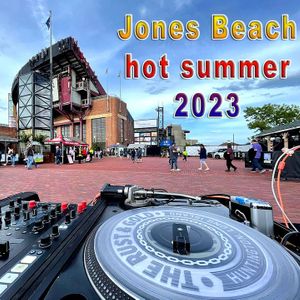 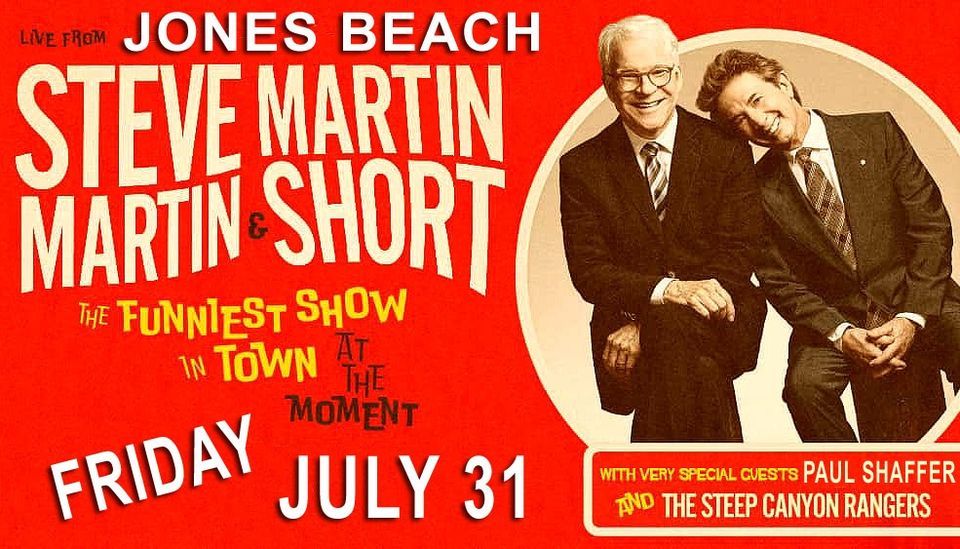 Steve Martin and Martin Short will bring their The Funniest Show in Town at the Moment on the road this summer with a stop at Jones Beach on Fri, July 31, 2020 - tix: http://STEVEMARTINSHORT.jonesbeach.com
Supporting acts will be Paul Shaffer and Steep Canyon Rangers

The 15-date amphitheater trek, the follow-up to the comedians’ An Evening You Will Forget for the Rest of Your Life and A Very Stupid Conversation tours.. Martin’s bluegrass outfit the Steep Canyon Rangers will perform at select dates, as will former Late Show With David Letterman bandleader Paul Shaffer, current Jimmy Kimmel Live! pianist Jeff Babko, Della Mae and Alison Brown.

“There are few people that I truly admire and Steve Martin is very close to being one of them,” Short said in a statement. Martin added: “Marty and I love touring, especially while we can still tolerate each other.” “The Funniest Show in Town at the Moment is a show that redefines the form in unexpected and profound ways, from two of the funniest, most influential and acclaimed talents of the past century,” organizers promise. “Their humor is often subversive, but it is always a joyous self-deprecating romp from two comedy masters driven to make each other laugh as much as the audience. The jokes come at you at a rapid-fire pace with little set-up and big punch lines as they mock Hollywood and the fickle nature of celebrity, but the comedy truly soars when they lovingly (and relentlessly) roast each other.”

Martin began his career as a television writer and stand-up comedian before finding cinematic fame as the star of the movie “The Jerk.” His other film credits include “Dirty Rotten Scoundrels,” “Parenthood” and “Planes, Trains and Automobiles.”

Short is best known for his work on sketch comedy shows “SCTV” and “Saturday Night Live,” as well as his roles in movies including “Captain Ron,” “Clifford” and “The Santa Clause 3: The Escape Clause.” He also appeared with Martin in the “Father of the Bride” films.

Martin and Short, who met on the set of “The Three Amigos,” have been touring together since 2015. Their sold-out tour “An Evening You Will Forget for the Rest of Your Life” inspired a 2018 Netflix special that earned four Emmy Award nominations.


You may also like the following events from Jones Beach:

Tickets for Steve Martin & Martin Short - The Funniest Show In Town can be booked here.