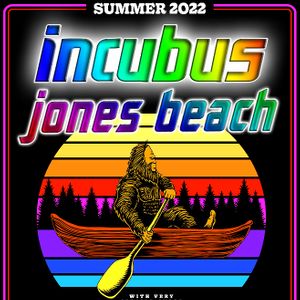 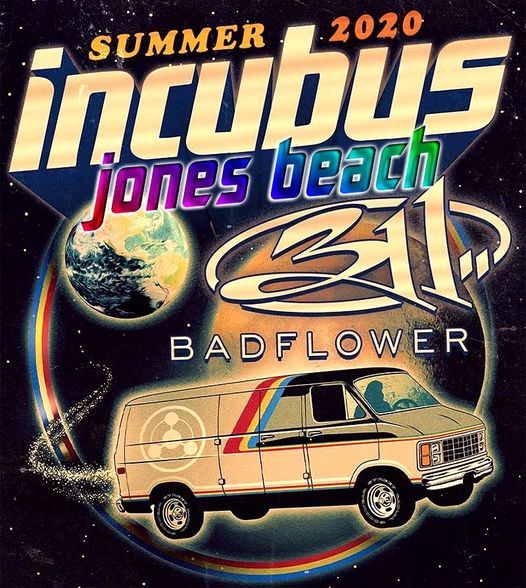 Opening are alt-rockers 311, touring with Incubus for the first time in 20 years, and Badflower. Incubus, which spans musical genres from pop-rock to alt-metal, last played Jones Beach in July 2017, on a tour supporting its most recent studio album, "8." The California quintet is scheduled to release a new EP, "Trust Fall (Side B)," in April. 311 will celebrate 30 years, while Incubus will promote their upcoming new EP, Trust Fall (Side B), due out in April. It is the follow up to 2015’s EP, Trust Fall (Side A).

Incubus and 311 have been longtime friends, stretching back into the 90s when the two bands shared studio space and played basketball together in-between sessions. “There was a basketball court outside, and we played them a lot,” 311 singer Nick Hexum told RADIO.COM last year. “We’ll just leave it up to your imagination who won” he grinned.. “Nick’s 6 foot 3, I’m 6 foot 4,” added 311 bassist P-Nut. “And, you know how short they are.”

INCUBUS's upcoming EP release, "Trust Fall (Side B)", will include their recently released single "Our Love". On the track, the band lock into an irresistible intergalactic groove, orbiting a funky bass line and percussive bounce. Sinewy and spacey guitar gives way to wistful acoustic strumming. Frontman Brandon Boyd's voice lifts off on a hypnotic chant before a searing solo. Meanwhile, the visual transports the musicians to a new galaxy altogether. After crash landing on a remote planet, Boyd connects with his bandmates. They jam in a psychedelic desert underneath a bright sun before slipping into a wonderland populated by mushrooms with a Fungus Amongus flare. The EP will also include last year's "Into The Summer", which clocked upwards of one million views on the official music video as it attracted critical acclaim. Not to mention, they performed it live on "The Late Show With Stephen Colbert".


You may also like the following events from Jones Beach:

Tickets for Incubus / 311 & Badflower - Our Love can be booked here.