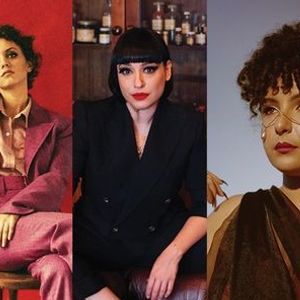 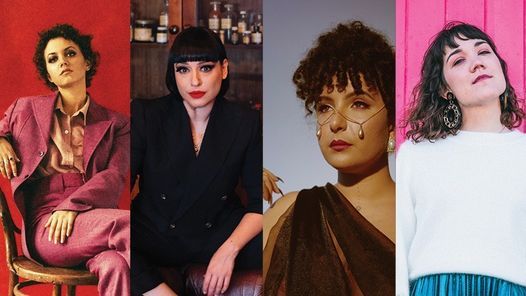 Four of Australia’s most phenomenal female performers on one amazing night.

November Nights celebrates soul, storytelling, diversity and strength from some of the most exceptional female performers in the Australian music industry.

SAHARA BECK: Sahara Beck writes straight-up full pelt pop, but with a twist. Hailing from the Sunshine Coast, Sahara Beck has earned a reputation as an arresting performer with a voice like no other. Every song comes as a compelling confessional, set to a glorious pop pulse. It’s raw and too honest, but self-reflection has never sounded so sweet or entrancing. A force of nature and Triple J favourite.

CARLA LIPPIS: The rich and melancholic voice of Carla Lippis has evoked a cathartic reaction in audiences across the UK and Europe, and now she returns to Sydney for her first show in 10 years. Her sound oscillates between dystopian avant-rock reminiscent of The Birthday Party, and torch songs inspired by Angelo Badalamenti and 1960’s Italy. Come bear witness to one of Australia’s best kept secrets.

NARDEAN: Nardean effortlessly traverses rap, singing and poetry in a genre she describes as “post-hop;” influenced by hip hop, while also drawing on elements of neo-soul, electronica, glitch and RnB. A warm presence and commanding magnetism captivate audiences, while contributing significantly to the changing face of Australian music.

CLIO RENNER: A versatile and breathtaking musician, Clio Renner’s unique style blurs musical boundaries while echoing elements of the myriad Australian artists she has worked with. She creates a breathy, melody-driven indie pop that skilfully draws on a deep, complex musical understanding and appreciation.

You may also like the following events from The Factory Theatre:

Tickets for November Nights | The Factory Theatre can be booked here.