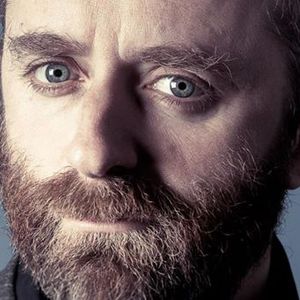 As a theatre maker and visual artist, Kris Verdonck (Belgium, 1974) can look back over a wide variety of projects positioned in the transit zone between visual arts and theatre, between installation and performance, between dance and architecture. Most recently, Verdonck created the 3D video-installation ISOS with the support of the EMPAC Rensselaer Polytechnic Institute. ISOS is based on the world and characters from the apocalyptic science-fiction novels of J.G. Ballard and was presented at the International Film Festival Rotterdam. In 2017, a symposium on Verdonck’s artistic practice was organized in the Martin E. Segal Theatre Center, curated by Peter Eckersall.​

ABOUT SEGAL TALKS
The Martin E. Segal Theatre Center is proud to announce the eighth weekly line-up of its new global series, SEGAL TALKS, which was conceived, created and curated by Frank Hentschker in March 2020. New York, US, and international theatre artists, curators, researchers, and academics will talk daily for one hour with Segal Center’s director, Frank Hentschker, about life and art in the Time of Corona and speak about challenges, sorrows, and hopes for the new Weltzustand— the State of the World. The Segal Center is the only theatre institution in NYC and the US creating original content.

SEGAL TALKS has been made possible by the support of Susan and Jack Rudin(†), the Hearst Foundation, and Marvin Carlson, Sidney E. Cohn Chair, The Graduate Center CUNY.

ABOUT THE MARTIN E. SEGAL THEATRE CENTER
Originally founded in 1979 as the Center for Advanced Studies in Theatre Arts (CASTA), The Martin E. Segal Theatre Center was renamed in March of 1999 to recognize Martin E. Segal, one of New York City’s outstanding leaders of the arts. The Segal Center curates over thirty events throughout the Spring and Fall academic seasons, all free and open to the public. Dedicated to bridging the gap between the professional and academic theatre communities, the Segal Center presents readings, performance, lectures, and artists and academics in conversation. In addition, the Segal Center presents three annual festivals (PRELUDE, PEN World Voices: International Pay Festival, and The Segal Center Film Festival on Theatre and Performance) and publishes and maintains three open access online journals (Arab Stages, European Stages, and The Journal of American Drama and Theatre). The Segal Center also publishes many volumes of plays in translation and is the leading publisher of plays from the Arab world. The Martin E. Segal Theatre Center (MESTC) is a vital component of the Theatre Program’s academic culture and creating in close collaboration a research nexus, focusing on dramaturgy, new media, and global theatre. The Segal Center provides an intimate platform where both artists and theatre professionals can actively participate with audiences to advance awareness and appreciation. www.TheSegalCenter.org

THE GRADUATE CENTER, CITY UNIVERSITY OF NEW YORK, of which the Martin E. Segal Theatre Center is an integral part, is the doctorate-granting institution of The City University of New York (CUNY). An internationally recognized center for advanced studies and a national model for public doctoral education, the school offers more than thirty doctoral programs, as well as a number of master’s programs. Many of its faculty members are among the world’s leading scholars in their respective fields, and its alumni hold major positions in industry and government, as well as in academia. The Graduate Center is also home to twenty-eight interdisciplinary research centers and institutes focused on areas of compelling social, civic, cultural, and scientific concerns. Located in a landmark Fifth Avenue building, The Graduate Center has become a vital part of New York City’s intellectual and cultural life with its extensive array of public lectures, exhibitions, concerts, and theatrical events. www.gc.cuny.edu.

HowlRound Theatre Commons at www.HowlRound.com is a free and open platform for theatre makers worldwide that amplifies progressive, disruptive ideas about the art form and facilitates connection between diverse practitioners. HowlRound envisions a theatre field where resources and power are shared equitably in all directions, contributing to a more just and sustainable world. HowlRound was founded on an organizing principle in the “commons”—a social structure that invites open participation around shared values. HowlRound is a knowledge commons that encourages freely sharing intellectual and artistic resources and expertise. It is our strong belief that the power of live theatre connects us across difference, puts us in proximity of one another, and strengthens our tether to our commonalities. HowlRound is based at Emerson College, Boston. http://www.howlround.com

You may also like the following events from Martin E. Segal Theatre Center: