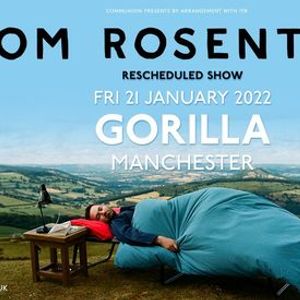 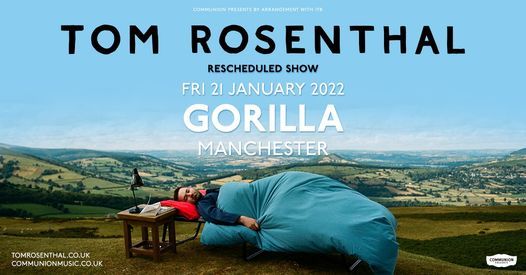 Rescheduled show - all tickets remain valid for this new date.

Since being hailed as 'Britain's best unknown songwriter' (Sabotage Times) in 2013, Tom Rosenthal has made significant movements to becoming something of a known entity.

With songs featuring a number of TV soundtracks (HBO's Hard Knocks, Netflix's 'Kid Poker', C4's 'Skins'), on big ad campaigns (Vodafone 2015), and a number of major film trailers including 'Comet' (2014), 'Anesthesia' (2014) and 'The Odyssey' (2016), Rosenthal has seen his audience grow rapidly since his last album release.

His YouTube channel, showcasing his award-winning music videos (Best Video at the European Independent Film Festival 2017), has now amassed well over 65 million views and his Spotify streams over 160 million.


You may also like the following events from Gorilla:

Tickets for Tom Rosenthal: Gorilla, Manchester can be booked here.