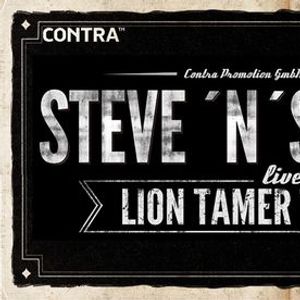 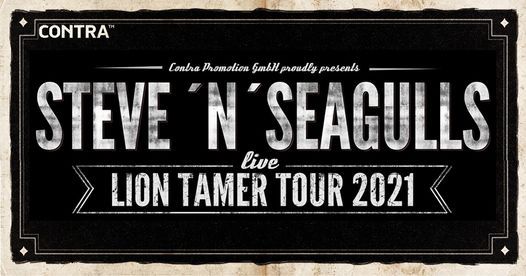 They ride again! Progressive bluegrass, or one might say newgrass, ambassadors of the north. Combine musical adventures, energetic and lightning like live shows with odd Scandinavian sense of humor, and you'll end up with something the mankind has never witnessed before. Meet the band from the land of the eternal darkness: Steve 'N' Seagulls!

A long story short: by nature, Steve ’N’ Seagulls is a Finnish band playing bluegrass(ish) versions of classic rock and original tracks with an astonishing arsenal of acoustic instruments ranging almost the whole alphabet starting from accordion, banjo, cajon, drums, double bass and so forth. Dressed in denim, overalls, beaver hats and other, they look like those nice cousins living up in the mountains enjoying the day with moonshine, tractor and BBQ.

Having originally uploaded their hilariously hillbillified but air-tightly played rendition of AC/DC’s seminal “Thunderstruck” on YouTube they found themselves in the receiving end of the shock of their lifetimes in the form of millions upon millions of viewers. After a couple more videos the whole thing spun completely out of the band’s control, then grew bigger than them and has been snowballing ever since. Now they've found themselves with over 200 million YouTube views and counting. This whole explosion of events has turned in to a recording deal, more videos and hundreds of live shows around the world.

Early 2020 Seagulls hit the studio and finished their fourth album. This upcoming work of 'gulls will introduce even more original music, perfectly accompanied with some borrowed and re-arranged classics from the finest bands in the world. You'll be in for a treat. This album will introduce a lot of new musical sides from the band, still not forgetting the roots and basis that Steve 'N' Seagulls are made of.

Steve 'N' Seagulls keep on touring in 2020 with about 130 shows to come. So, get some cold ones and fasten your boots, cause when these boys come to town, you're in for a good time!

You may also like the following events from Steve'n'Seagulls:

Tickets for Steve'n'Seagulls • Manchester can be booked here. 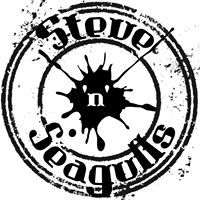