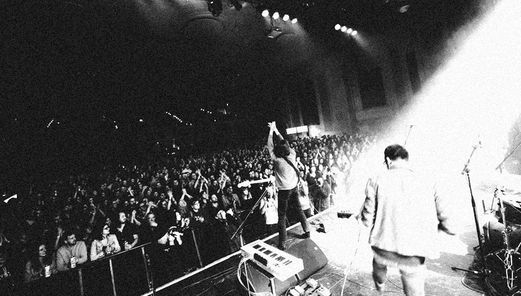 PLEASE NOTE: This show has been postponed until September 2021. Original tickets are valid and all other details remain the same.

After more than five years away, Tokyo Police Club are making their eagerly anticipated return to the UK and EU.

‘Sorry,’ says keyboardist/guitarist Graham Wright of the lapse. ‘We kept meaning to “come back next year”, but the whole operation sort of fell victim to the big black hole of uncertainty that was swallowing everything for a minute there.’

He’s referring to the period of indecision that befell the group after they finished touring their twin 2016 EPs, Melon Collie and the Infinite Radness Parts 1 and 2. By that point it had been more than ten years since the band, then not even in their 20s, burst onto the scene. Their debut EP, A Lesson In Crime, was only 17 minutes long, but it launched them on a stratospheric ascent that saw them tour the world many times over and grace the stages of festivals from Coachella to Glastonbury.

The band’s star continued to burn bright over the ensuing years, but as the first decade of their career came to a close they found themselves unsure of their position in the ever shifting music industry, and indeed of whether or not they wanted to continue. All of them, that is, but singer and bassist Dave Monks, who implored his bandmates to not just walk away, telling them ‘Fuck no. We at least gotta go make Abbey Road first, and go out with a bang.’

The others listened, and after a series of fruitful writing sessions in a decommissioned rural church, they decamped for Los Angeles to work with producer Rob Schnapf. Schnapf, famous for his work with Beck, Elliott Smith and The Vines, had previously worked with the band on their 2010 fan favourite Champ – an LP which is celebrating its 10th anniversary this year. That ‘bang’ eventually coalesced into the band’s latest long player, the semi self-titled TPC. But a funny thing happened somewhere along the way: suddenly, they didn’t feel like ‘going out’ at all.

‘The feeling that we were so close to breaking up gave us the freedom to enjoy each other more, to enjoy making music together,’ says drummer Greg Alsop. ‘If we’re not doing it for the sake of being a successful band, but just trying to make an album we’re happy with, it takes the pressure off. The expectation was just that we’d do something that would make us happy.’ And, by all accounts, it did.

Rather than serving as a victory lap, the TPC tour saw a rejuvenated and re-energised Tokyo Police Club playing a setlist packed with old favourites and new hits to sold out venues across Canada and the United States. And now, at long last, they’re bringing the show back across the Atlantic.

‘I’m still annoyed that we took so long,’ says Wright. ‘But it does feel right that we’re coming back now. We toured there a lot when we were a new band, and in a way we kind of feel like a new band again.’

You may also like the following events from The Deaf Institute: 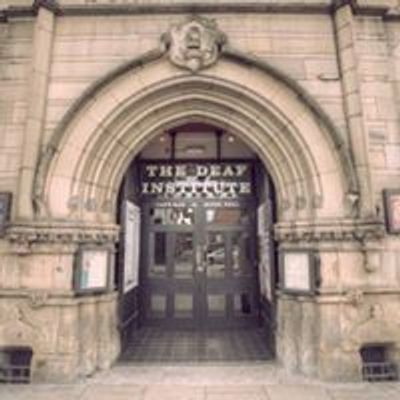 The Deaf Institute
Follow Contact
About The Host: Kitchen, Bar and Music Hall
Website Link: www.thedeafinstitute.co.uk
Are you the host?
Nearby Hotels The Deaf Institute, 135 Grosvenor Street, Manchester, United Kingdom
Report a problem ?