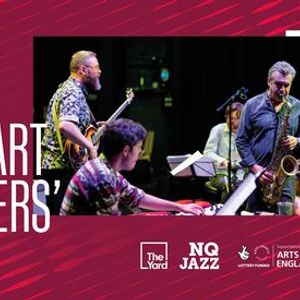 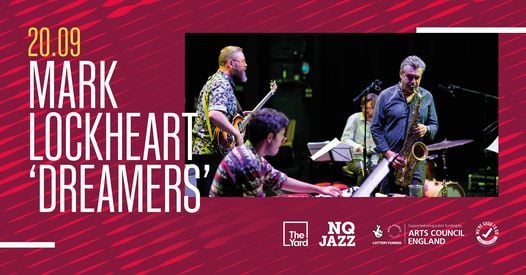 Mark joined Seb Rochford’s groundbreaking ensemble Polar Bear in 2003, receiving two Mercury Prize nominations with the group, before branching out with a number of projects under his own name, including the remarkable jazz/orchestral work Days On Earth, written for jazz sextet and 30-piece orchestra, released on Edition Records in January 2019.

This brand new, all-star group explores Mark’s multi-faceted outlook on music through a new set of original compositions with this bold and uniquely contemporary sounding group .Urgent and exciting grooves, sonically adventurous and fascinating soundscapes all cleverly crafted together within Lockheart’s memorable melodic writing, expect the unexpected!. Mark’s inspiration for this new project come from many influences including Ellington, Shorter, John Zorn, Burt Bacharach and even Kraftwerk!

“From Loose Tubes to Polar Bear and beyond, Lockheart’s capacity to be ahead of the jazz curve is undeniable. In this new band his combination of lyrical economy and harmonic creativity has found three improvisatory soulmates who clearly know how to make the most of his compositions in their own terms.” — Jazzwise magazine 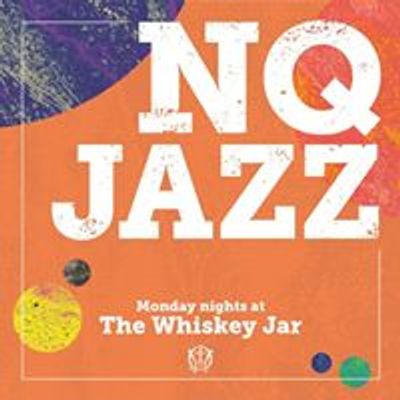 NQ Jazz
Follow Contact
About The Host: Mondays play host to Manchester's best original jazz night, featuring musicians from across Europe and beyond, at The Whiskey Jar - right in the heart of the City.
Website Link: https://www.nqjazz.com
Are you the host?
Nearby Hotels Etsi lippuja, Manchester
Report a problem ?