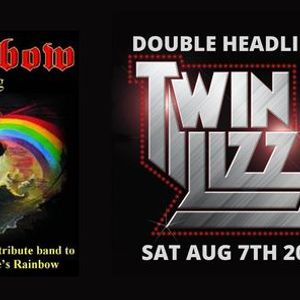 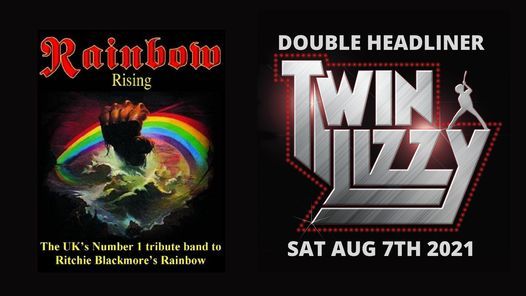 Originally formed in 1998, the band is made-up of a group of musicians who possess not only immense musical talent, but also an almost fanatical interest in the phenomenon that is Ritchie Blackmore's Rainbow. The band offer an amazing attention to detail, with the aim of recreating the live Rainbow experience in every aspect of the band's performance. From stunning vocals, thunderous percussion and bass to dazzling keyboards and of course the unmistakable Blackmore guitar work. The band perform all the classic live Rainbow tracks, but the iconic Rainbow Rising’ album remains the backbone of all performances.

Twin Lizzy are a 4-piece tribute to Thin Lizzy that faithfully recreate the energy and power of one of the greatest live bands of all time! They play all the classics that you would expect, but also mix it up with some key album tracks for good measure. Their reputation for a high energy, action packed performance, and a growing repertoire of songs guarantees that you will never see the same show from them twice. Formed in December 2018, the band has a wealth of experience playing the music of Thin Lizzy, made up from previous members of Black Rose, Limehouse Lizzy, and The Thin Lizzy Experience, Twin Lizzy endeavour to produce an extremely authentic sound in tribute to one of the greatest live rock bands ever.

You may also like the following events from Rainbow Rising: 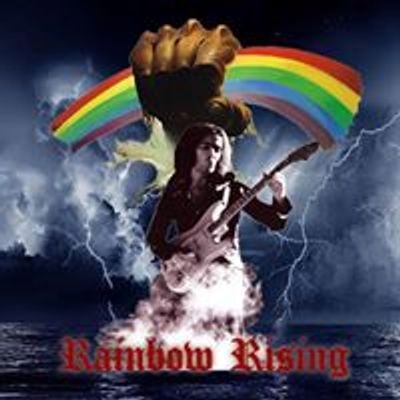 Rainbow Rising
Follow Contact
About The Host: Rainbow Rising were formed in 1998, the aim was to not only recreate the unique Rainbow sound but to also capture the visual spectacle that was Rainbow live on stage.
Website Link: http://www.rainbow-rising.net
Are you the host?
Nearby Hotels Longfield Live, Longfield Suite, Prestwich, Manchester, United Kingdom
Report a problem ?