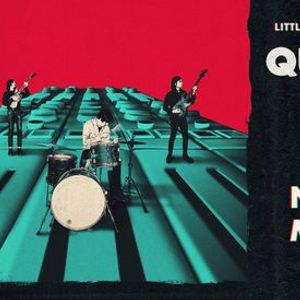 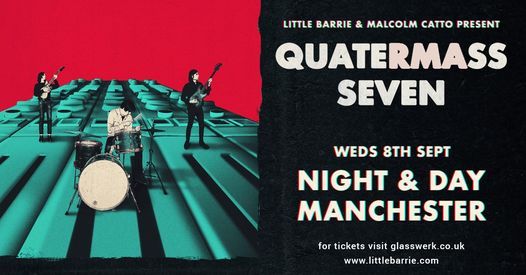 Little Barrie with Malcolm Catto return with a new album!


A classic British power trio in the lineage of Cream and The Jimi Hendrix Experience, Little Barrie started off as a solo guise for guitar whizz Barrie Cadogan, using the nickname given to him aged 14 by a mate’s dad in Nottingham. He grew up in Robin Hood country surrounded by as much cool music as he could handle, from ‘80s alternative and psychedelia/acid-rock, through to R&B and jazz, and onto DC hardcore and electronica. He came to London in 2000 “with Can and The Meters in my head”, but wanting “a bit more Chuck Berry thrown in”.

He’d already started gigging as Little Barrie in the early 2000s when he met Lewis Wharton at mod clothes store Merc on Carnaby Street, where the band’s future bassist was running the record department. Barrie persuaded him to stock copies of his first single, and Little Barrie were away. With Lewis on board alongside drummer Wayne Fullwood, they debuted with 2005’s blue-eyed soul/funk blueprint, ‘We Are Little Barrie’ (“as soon as the plug hits the amp, Little Barrie turn into something much, much bigger” - DMC). After putting in miles across Europe, Japan, Australia and the US, and remixing UK hip-hop acts Aspects and DJ Format, LB returned with 2007’s rockabilly-tinged ‘Stand Your Ground’. Now with Russell Simins (John Spencer’s Blues Explosion) and subsequently Billy Skinner on percussion, and produced by underground hip hop supremo Dan The Automator and UK reggae hero Mike ‘Prince Fatty’ Pelanconi, The Guardian championed Barrie as “a compelling frontman, pitting street-corner punk vocals against volleys of reverb and twang”.

Little Barrie would shore up their ranks with the arrival of Virgil Howe, son of Yes guitar hero, Steve Howe, on drums in 2007, to go with the enduring mentorship/friendship of Edwyn Collins, whose West Heath studio in London became LB HQ. Two further albums diversified the Barrie blueprint, moving into ’60s surf-pop (2011’s ‘King Of The Waves’) and the darker soundtrack-style Krautrock of 2014’s ‘Shadow’, “an effortlessly exciting album, taking rock back to its thrilling basics” as lauded by the NME. Airmiles continually racking up, album number five, 2017’s ‘Death Express’, packed a heavy punch, a raw, DIY outburst covering themes of greed and CCTV generationalism. Its spurning of big, expensive studios in favour of a couple of ancient MacBooks and an old tape machine, lead to Louder Than War praising it’s “classic sixties r’nb garage rock with 21st century thrust”.

Along the way, the Johnny Marr-endorsed Barrie had developed a parallel career as elite axeman for hire, extensively sitting in on sessions for premier leaguers such as Morrissey, Spiritualized and Paul Weller, serving time in Primal Scream circa 2006-15, and unveiled as the guitarist for The The on their 2018 comeback tour. Other notable assignments include the band supporting The Stone Roses on one of their limited run of post-reform gigs in Paris, and inputting for/backing The Chemical Brothers, Paolo Nutini, Charles Bradley, Dinosuar Jnr’s ‘J Mascis’, The Brian Jonestown Massacre and notably Scott Asheton of ‘The Stooges’. A phenomenal list of small and big screen tie-ins also ensued, none greater than providing the theme tune for cult ‘Breaking Bad’ offshoot ‘Better Call Saul’. Spots on US hits ‘Shameless’ and ‘Brooklyn 99’, computer game features and advertising placements for Nissan, Ralph Lauren, Nokia, Rimmel and, with thoroughly British synchronicity, Marks & Spencer, meant the Little Barrie hallmark had become hot property.

Following the untimely passing of Virgil Howe in 2017, Little Barrie underwent a healing process where returning to the studio and reconnecting through music, without seeking an end product, became therapy, an opportunity to work on bits and pieces Barrie had written for fun with zero pressure. Aligning with Malcolm Catto, sticksman and producer for The Heliocentrics in 2020, new album ‘Quatermass Seven’ slowly but surely emerged from this emotional exile. Still rooted in the ‘Death Express’ sessions but seeking electrical energy coupled with the primeval feel of playing, ‘Seven’ developed common ground and mutual respects exploring psych, late ’60s US funk 45s, British beat bands such as The Eyes, The Birds and The Creation, and the heavy heyday of early ’70s Detroit. Recorded on Catto’s treasure trove of analogue gear, and mastered onto ¼” tape, guitar, bass and drums launched into the sweet spot where genres collide, landing at the feet of maverick hip-hop producer Madlib and his Madlib Invazion label.

Tickets for Little Barrie - Manchester can be booked here.

Glasswerk
Follow Contact
About The Host: http://www.glasswerk.co.uk - at the forefront of new music for over a decade, with daily music news, reviews, video sessions and interviews.
Website Link: http://glasswerk.co.uk
Are you the host?
Nearby Hotels Night & Day Cafe, 26 Oldham Street, Manchester, United Kingdom
Report a problem ?