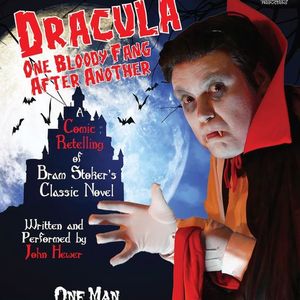 Dracula! One Bloody Fang After Another 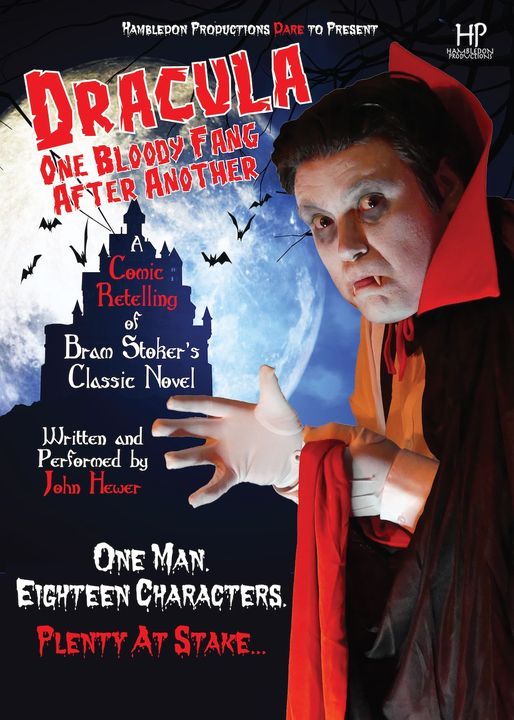 Dracula! One Bloody Fang After Another

Hambledon Productions Present
DRACULA!
ONE BLOODY FANG AFTER ANOTHER
By John Hewer


A COMIC RETELLING OF BRAM STOKER’S CLASSIC NOVEL FROM HAMBLEDON PRODUCTIONS, FOLLOWING HIT PAST SHOWS JUST LIKE THAT! THE TOMMY COOPER SHOW AND CHRISTMAS WITH STEPTOE AND SON.

A haunting, paranormal force has gripped the town. The young Lucy Westenra is taken ill and psychiatrist Dr. Seward calls on his mentor Professor Van Helsing for his advice. The Professor has a perplexing diagnosis – Lucy carries all the symptoms of a vampire’s latest victim.

So begins a frenzied stab at trying to uncloak Count Dracula as the vampire in their midst. Sadly, it gets quite “midsty” in Whitby at times…

Bram Stoker’s immortal horror story is given an affectionate lampooning in this physical, riotous comedy. Now, it is truly horrific.

Also check out other Comedy Events in Louth.