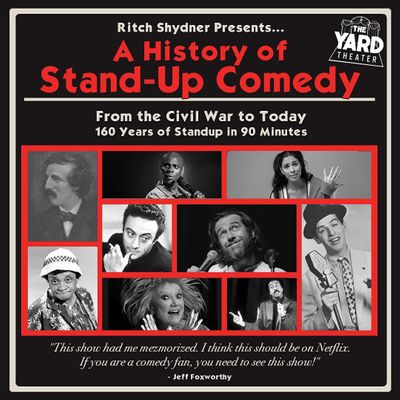 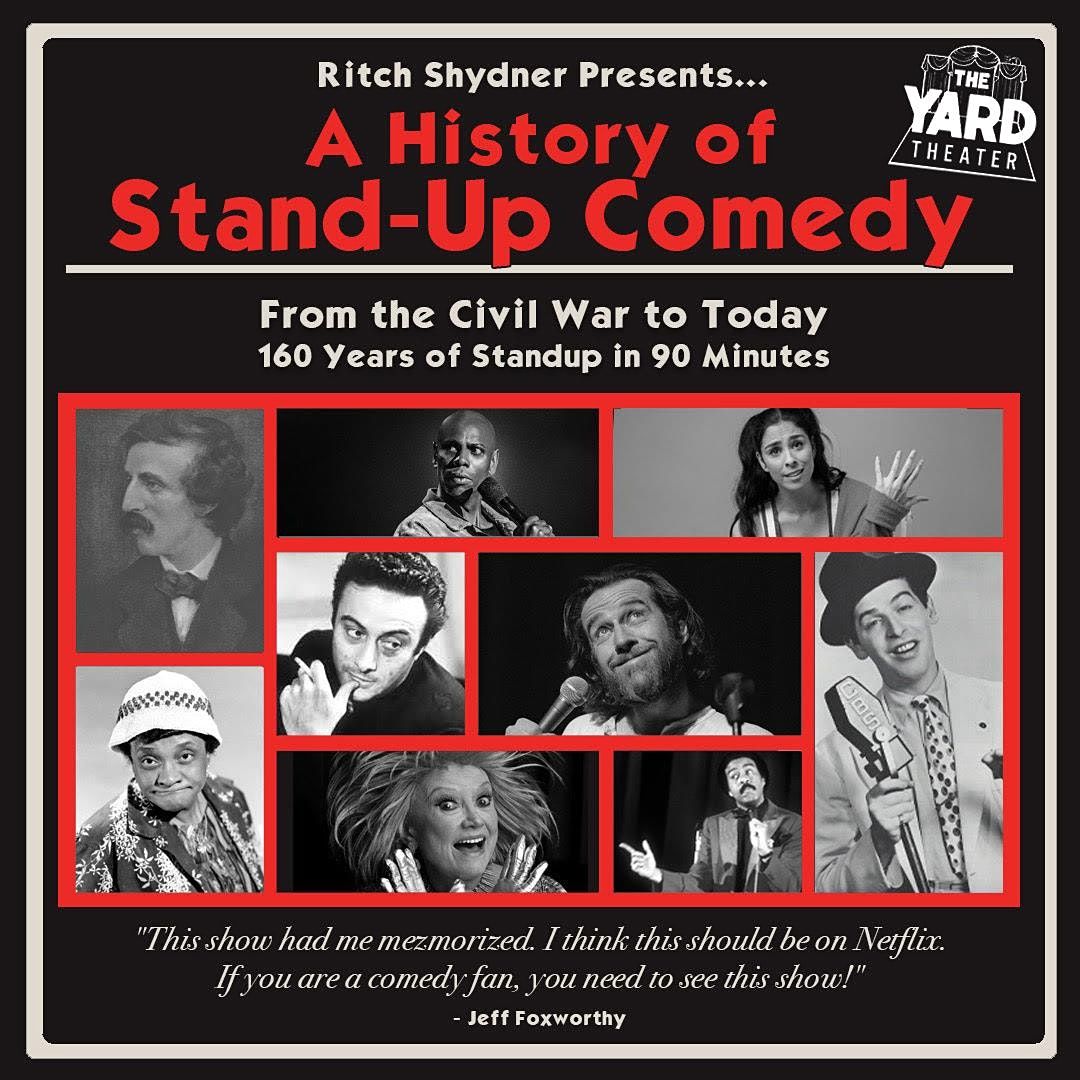 Ritch Shydner’s funny & insightful presentation about this original American art form, and what all the jokes & laughter say about the U.S.

Stories of forgotten trailblazers, martyred iconoclasts and familiar stars show how the simple act of one joker taking on a crowd became one of our most popular entertainments- and a cultural weathervane.

'A must-see for comedians interested in their art, and for all individuals who want to know where the modern jesters of our society originated.'

“Ritch Shydner’s History of stand-up comedy held me mesmerized. I have been a professional comedian for 35 years and I learned more about the origins of my craft in two hours than I ever had before." -Jeff Foxworthy, comedian and author

"One of my favorite shows I've seen in years...Ritch's storytelling is some of the best I've ever seen." -Marshall Chiles, owner, Laughing Skull Comedy Club

PROOF OF VACCINATION - OR NEGATIVE COVID TEST FROM WITHIN 72 HOURS OF SHOW - REQUIRED FOR ENTRY. SHOW PROOF AT THE DOOR. Get a digital copy of your vaccination record here: https://myvaccinerecord.cdph.ca.gov

In the 1980’s, Ritch Shydner made numerous appearances on TV, including “Late Night with David Letterman” and “The Tonight Show” with both Johnny Carson and Jay Leno. He also did an HBO half-hour special, “One Night Stand.”

He played Al Bundy’s co-worker on “Married with Children”, and was able to translate his modest success on TV into an obscure film career, appearing in Steve Martin’s "Roxanne" and Eddie Murphy's,"Beverly Hills Cop II."

He wrote for sitcoms such as "Roseanne", "The Jeff Foxworthy Show," and HBO’s “The Mind of the Married Man.”

Jerry Seinfeld: “Ritch Shydner is a terrific comedy writer and definitely one of the good guys.”

Jeff Foxworthy: "Ritch helped me write two albums, both of which were nominated for Grammys.  I've always thought that he was one of the best stand-ups ever."

Bill Maher: “Back in the day, in the dingy ratskellers in which we learned our craft, Ritch Shydner was always the comic the other comics came into the room to watch, because he was the funniest. That hasn’t changed, and I’m afraid neither have the ratskellers.”

Tickets for Ritch Shydner Presents: a History of Standup Comedy can be booked here.

The YARD Theater
Follow Contact
A non-profit theater in the heart of East Hollywood offering comedy, music, acting classes and more- founded by John Ennis.     JOIN OUR PATREON and get awesome stuff: https://patreon.com/theyardtheater
Are you the host?
Nearby Hotels The Yard Theater, 4319 Melrose Avenue, Los Angeles, United States
Event details from Eventbrite Report a problem ?