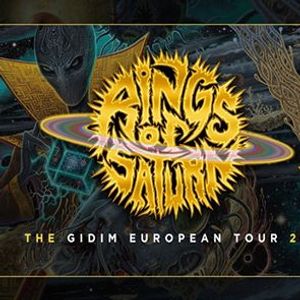 Rings Of Saturn at The Underworld Camden - London

Rings Of Saturn at The Underworld Camden - London

Formed in 2009 by Lucas Mann, RINGS OF SATURN wasn’t made just to be a studio project but rather a fully-fledged band. The interstellar beings contacted Mann after he opened an inter-dimensional portal using the art of shred. For years after, they would speak to Mann in archaic Sumerian of their invasion plans. The interactions, or rather instructions, prompted Mann to write the music in response. Albums of complex, experimental, and sonically heavy music followed. »Embryonic Anomaly« (2009 - self-released / 2010 - Unique Leader), »Dingir« (2012 - Unique Leader), »Lugal Ki En (2014 - Unique Leader), »Ultu Ulla« (2017 - Nuclear Blast), and »Gidim« (2019 - Nuclear Blast) were the byproduct of Mann absorbing, reinterpreting, and projecting back a language resonant from another world.

“I use a lot of music theory, but am not boxed in by it,” says Mann. “I don’t want to be held down by an outside construct. With music, it’s all pretty much been done before to some degree. But as far as my shredding goes, I create my own artificial scales, I use a lot of diminished phrasing, I use a lot of whole tone arpeggios, and the band uses these shapes that I have crafted - especially with arpeggios - from the beginning. I definitely have my own pattern and stylistic vision with RINGS. The technical ability is more about muscle memory, which is more like playing in the pocket. It’s very hard for new people to play RINGS. They’re usually not used to the shapes I play. Most of the time they’re like, ‘Woah, this is weird.’ But it’s supposed to be that way. It’s not supposed to feel comfortable, but once you play the music for a while it all makes sense. RINGS OF SATURN is new, experimental, and made to inspire people’s own playing without creative limitations.”

To harness the wicked intricacies of new album »Gidim,« guitarist and mastermind Mann, vocalist Ian Bearer, guitarist Joel Omans, and session drummer Lord Marco (aka Marco Pitruzzella) relied on the violent vibrations caused by the new songs 'Pustules,' 'Mental Prolapse,' and 'The Husk' to hear the otherworldly invasion message. They feared it but couldn’t stop listening to it. So, Mann and team conjured even stranger things, odder shapes, accelerating fast and faster to attain full understanding of their inevitable fate. Songs like 'Tormented Consciousness,' 'Genetic Inheritance,' and 'Gidim' (instrumental title track) were envisioned. They harkened back, yet were future-proof in composition, style, and tone.

“We’ve always been an experimental band and I have always been an experimental musician,” Mann says. “With »Ultu Ulla« I wanted to go with a more melodic direction than previous works. RINGS OF SATURN got a lot of new fans by doing that, but our older fans missed the heaviness, the technicality, and the experimental nature of the bands previous albums. I mean, that’s what made us so popular to begin with. So, I am aiming to make our long-time fans happy while also expanding and generating new ideas that can be appreciated by our newer fans. That’s really tough to do, but I always try to raise the bar with each album made. »Gidim« is a callback to RINGS OF SATURN’s roots. The fan favorite parts of »Dingir« and »Lugal Ki En« have been considered for inclusion and expansion on »Gidim.«”

To ensure they weren’t insane from years of exposure to unearthly speech, RINGS OF SATURN called in otherworldly reinforcements in the forms of guitarist Charles Caswell (BERRIED ALIVE), vocalist Dan Watson (ENTERPRISE EARTH), and shred phenom Yo Onityan. Together, they fashioned »Gidim« to send two messages: One, RINGS OF SATURN have returned; two, the expropriation of humanity had begun. Fans of RINGS OF SATURN will celebrate their dreams of collaboration between some of the craftiest, most imaginative musicians alive having been realized on three of »Gidim«’s crucial tracks.

“I’ve always been a fan of Dan and his vocals from back when he was in INFANT ANNIHILATOR,” says Mann. “Actually, I had done some guest solos on their first album so I knew them loosely over the internet. I was really a fan of Dan’s vocals though. Then, he went on to ENTERPRISE EARTH and crushed it there too. He is also a good friend of Joel [Omans], and I’ve always wanted to have Dan on a RINGS track. Charles and I are best buds. We did the DADS collaboration, which was based off of our fans’ feedback. We have similar fan bases so it made sense to work together, and it was pretty natural to have Charles on a RINGS track. We’re always working on something fun together, so having him on »Gidim« is awesome. I’ve known about Yo Onityan for three or four years. I told him, ‘If I ever need a guitarist, it’s you! You’re too good.’ I love that guy. He’s super talented. It made sense to include him on »Gidim« since he’s been helping out RINGS live.”

Since the last message from Planet X was positively ominous, RINGS OF SATURN called on Mark Lewis (WHITECHAPEL, CARNIFEX) to record vocals, as well as perform the technical ritual of mixing and mastering. The material on »Gidim« wasn’t a quiver but a next-level tremor, so they implored the Nashville-based veteran to amp up the songs, putting the band on a whole new level of production quality. Due to the multi-state spread of RINGS OF SATURN, Joel Omans’ solo work and Lord Marco’s drum work were shipped to Mann for assembly at Mann Studios in Texas. It was in the Lone Star State where »Gidim« came into view, with Mann responsible for the majority of writing and composition, guitar recordings, as well as bass and synthesizer, following the methodical pattern of previous RINGS OF SATURN records. Whatever was to happen next at the behest of murderous inhumanoids, »Gidim« would sound clear, punchy yet melt minds.

“It’s our biggest production yet,” Mann says. “Mark Lewis, who had just finished the latest WHITECHAPEL record, did the vocals, mixing, and mastering. »Gidim«’s very well produced. Everything is super-clear, super-heavy. Lord Marco’s drums sound natural yet punchy. It’s amazing! There’s really no comparison going to a professional and renowned studio. It’s amazing to have that ability to go to someone like Mark. He really understands what we’re trying to do with RINGS. There were no limits with Mark.”

RINGS OF SATURN are incessantly in pursuit of the next extreme. To wit, Mann started out on 7-string guitars. Not satisfied with 7, the shredder graduated to 8-string guitars. Ever one to explore the outer rim of possibility, Mann upped the ante on »Gidim« by employing a 9-string guitar. Pushing things to the edge is a mantra Mann lives by and is open to the exploration of. While 7, 8, or 9-string guitars may appear to be superfluous or ostentatious, the expanded range offers RINGS OF SATURN new territory to delve into on »Gidim.« Tracks like 'Divine Authority,' 'Bloated And Stiff,' 'Hypodermis Glitch,' and 'Face Of The Wormhole,' display the promise of true low-to-high ends without the chicanery of pedals or plugins. Call RINGS OF SATURN progressive, really.

“I look at the word ‘progressive’ as not conforming to a musical style but moving the bar higher,” says Mann. “I always think about how to improve our sound before I release a new record. What I mean by that is: what can we do that’s crazier, heavier, more intense, and will sound better to our listeners? I listen to the fans a lot, and every record has to be a step up for us and for them.”

As for RINGS OF SATURN’s message in the final hour of our existence, it’s a positive one. Certainly, the conceptual aspects and lyrical topics on »Gidim« aren’t neighborly or jovial. Musically, RINGS OF SATURN aren’t crafting lighthearted, mindless music either. One listen to 'Pustules,' 'Mental Prolapse,' or 'The Husk' proves the aforementioned statements true. What Mann is trying to convey is that RINGS OF SATURN and new album »Gidim« represent freedom to think, what lies beyond boundaries, and the ability to be ourselves, whatever the cost.

“I want fans to be inspired,” Mann says. “I want fans to think, ‘I can create anything I want musically!’ Different people express differently, especially with music. Don’t be afraid to write the craziest stuff imaginable or the simplest stuff imaginable. As long as it’s unique and makes you happy! Just experiment, find your own niche. Break out of the box. Life is short. RINGS OF SATURN has a positive message in that the aliens are coming so shred while you can.”

Saturnites! Join the celestial resistance of RINGS OF SATURN or be liquefied by the off-planet preternatural threat! Or maybe just shred for yourselves, shred for your friends, and shred for your loved ones while you still can! 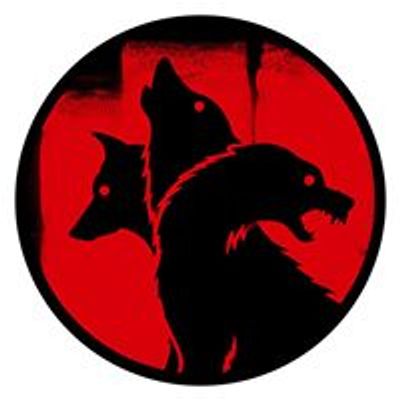