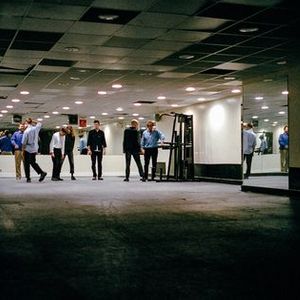 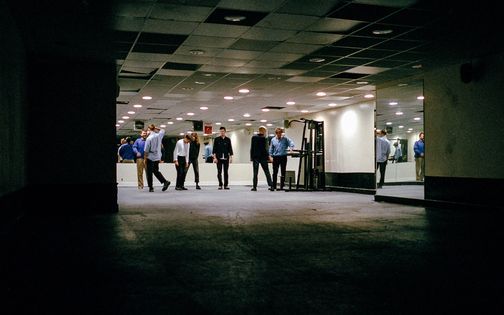 This event has been rescheduled from Friday 9 July to the new date Thursday 29 July. All bookers have now been notified by e-mail. Please check your inboxes and get in touch if you've booked a ticket and haven't received an e-mail. Thank you!


caroline is an eight piece, based in London. Started by Jasper Llewellyn, Mike O’Malley, Casper Hughes in early 2017, caroline initially evolved out of weekly improvisation sessions. Bringing together shared influences in, and experiences of playing, midwestern ‘emo’ guitar music, Appalachian folk, minimalist classical and various forms of dance music. caroline now includes Oliver Hamilton (violin), Magdalena McLean (violin), Freddy Wordsworth (trumpet, bass), Alex McKenzie (clarinet, saxophone), Hugh Aynsley (drums, percussion), alongside the three original members. The group spent a year and a half playing privately, without a project name. Reiterating, deconstructing and re-building the same small handful of songs over and over again, the group slowly expanded their on-stage members before playing their debut show as caroline in 2018. caroline are currently working on their debut album.

Part of Luminate and London Unwrapped at Kings Place

Luminate:
From contemporary orchestral composition to shimmering electronic sound worlds, musical expression is becoming less defined by genre, more framed by its emotional and cultural contexts. Luminate taps into this bold, exploratory landscape in a series of shows that will provoke and inspire.
https://www.kingsplace.co.uk/whats-on/luminate/

London Unwrapped:
London has been a melting pot since its earliest days, both a place of refuge, a glittering cultural nexus, the most cosmopolitan of all British cities. This year-long series aims to delve into four hundred years of London’s musical past, with its dazzling display and troubling undercurrents, its openness, opportunities and barriers. The series highlights a music story that always been driven forward, disrupted, shaped and inspired by outsiders and immigrant communities, and showcases the diversity of creativity in the city today.
https://www.kingsplace.co.uk/whats-on/londonunwrapped/


You may also like the following events from Memorials of Distinction:

Tickets for NEW DATE | caroline at Kings Place can be booked here.