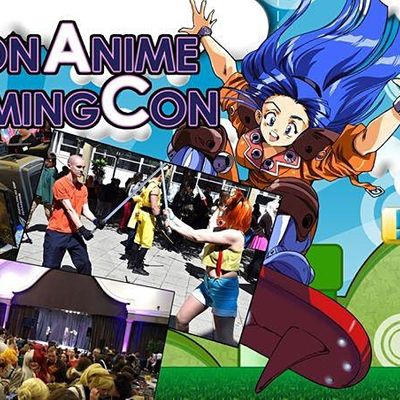 Back, bigger and better than ever with a massive guest lineup planned! There will be COSPLAY, GAMING, ANIME, COMICS, LIVE MUSIC & PARTIES fr

Back, bigger and better than ever with a massive guest lineup planned! There will be COSPLAY, GAMING, ANIME, COMICS, LIVE MUSIC & PARTIES from the morning through to midnight each day.

Tickets at just £34 for all three days or from just £14 are going fast, so we suggest to get yours asap Tickets are also available on the door, but make sure to get your tickets now online for a discount (Standard pricing on the door is £22 for Saturday and £15 for Sunday).

London Anime & Gaming Con has a top guest lineup planned of celebrity voice actors, youtube stars and big names. Guests of honour include voice actors, youtubers and big names, who we will be revealing closer to the time. This doesn't even count three whole stages of content, a dozen gaming tournaments including Smash Ultimate, League of Legends and Overwatch with £100 cash prizes, cosplay contests with £100s worth of prizes at stake, talent show, up to a 100 stalls of anime and geeky merchandise, pub quiz and much more. Gamers will also be massively catered for with multiple Gaming Zones offering a choice of 200+ games from the 80s, 90s through to the present day.

You may also like the following events from Animeleague:

Tickets for London Anime & Gaming Con can be booked here.

Animeleague
Follow Contact
About The Host: To bring cosplayers, anime fans and lovers of all things geeky together as friends and provide a home for them at our events and forums!
Website Link: http://www.animeleague.com/
Are you the host?
Nearby Hotels Novotel London West, 1 Shortlands, London, United Kingdom
Event details from Eventbrite Report a problem ?