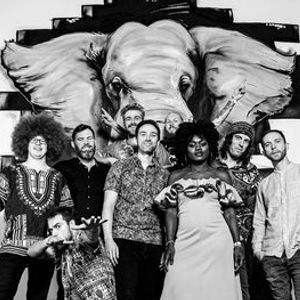 “A fulsome evocation of Fela Kuti’s continually inspiring blend of The J.B.’s-style jazz-funk horns lashed to a relentless mix of funky highlife and Yoruba, all delivered with aplomb….” – Time Out London

LAC are powered by a promise to continue what afrobeat father Fela Kuti began.

If, as the great Fela Kuti once said, ‘music is the weapon’, then you’ll need to wear armour to withstand the full sonic force of London Afrobeat Collective (LAC) – this politicised party machine are an incendiary live act who channel the spirit of the Afrobeat founder via bass-heavy rhythms guaranteed to make you move.

Their name may include the UK’s capital but their sound goes far beyond the British Isles. From Europe to Africa, Glastonbury to ‘Felabration’, they deliver party-music born of their truly global DNA. The nine-strong collective from England, Italy, France, Congo, Argentina and New Zealand combine Fela, Parliament Funkadelic and Frank Zappa to create an addictive sound drawing on funk, jazz, rock, and dub to create something new and frankly indescribable.

The new album Humans, (with artwork by Ben Hito, renowned for his designs for Parliament/Funkadelic), is a collection of anthemic songs with socially conscious lyrics, set to bold brass lines and hypnotic danceable grooves. Humans encapsulates the raw energy generated during LAC’s live performances and combines this with newly evolved songwriting ability and refined musical prowess. London Afrobeat Collective carry clear and powerful messages through their music, holding the torch for the original Afrobeat musicians and continuing their mission to fight for political and social change. The first single on Humans entitled ‘Power To The Women’ demonstrates this perfectly and sets the high standard of what’s to come.

Now playing major stages at festivals across Europe, LAC are guaranteed party-starters – any stage, anywhere. Following their album release tour in October and November 2019, the new year sees them hitting the road through the UK and Europe again, bringing the funk to everyone who needs it so badly in these troubling times. 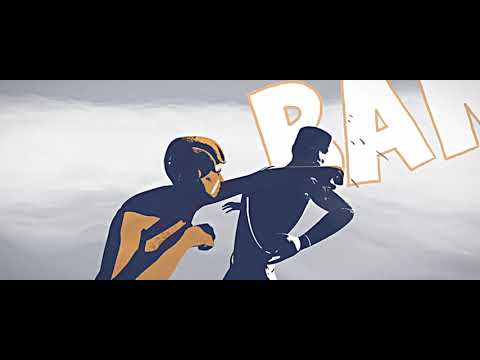 Singer-songwriter and guitarist Lèa Mondo was born in the Kongo, grew up in Greater Manchester, and now resides in North London. She jams and gig all over London. Her music largely talks about peace and freedom and draws from highlife, soul, and other African diaspora styles. Some of her influences include Bob Marley, Franco Luambo, Oumour Sangare, and Fatoumata Diawara. Most recently, she performed a live session at Belmont Villa with her band Bubu Otis (percussions), Luke Wynter (bass), Grace Samba (backup vocals), and Moussa Dembele (kora). 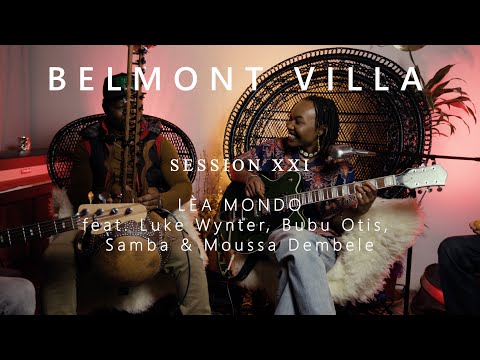 This event will take place in Costa Del Tottenham's outdoor, covered, heated terrace, with social distancing observed at all times. Drinks will be brought by table-service and you are kindly requested to stay in your seats at all times.

You may also like the following events from Costa Del Tottenham:

Tickets for London Afrobeat Collective + Lèa can be booked here.