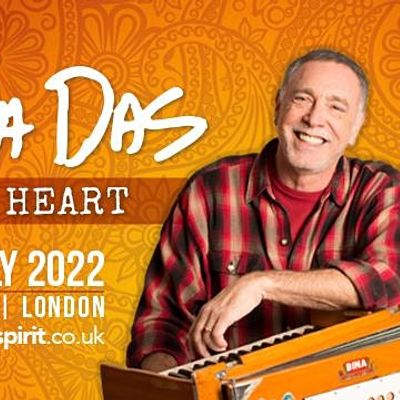 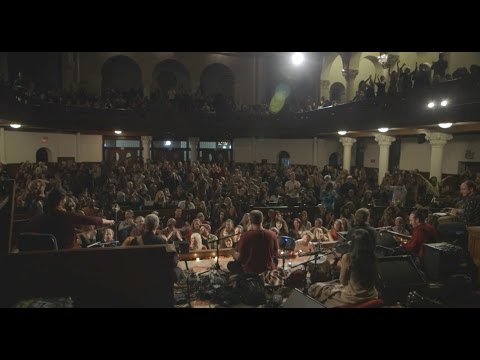 Layering traditional kirtan with instantly accessible melodies and modern instrumentation, Krishna Das has been called yoga’s “rock star.” With a remarkably soulful voice that touches the deepest chord in even the most casual listener, Krishna Das– known to friends, family, and fans as simply “KD” –has taken the call-and-response chanting out of yoga centers and into concert halls, becoming a worldwide icon and the best-selling western chant artist of all time. To date, KD has released 16 well received albums, including Live Ananda (released January 2012) that was nominated for a Grammy in the Best New Age album category.

KD spent the late ’60’s traveling across the country as a student of Ram Dass, and in 1970, finally made the journey to India, where he met Ram Dass’ own beloved guru, Neem Karoli Baba, known to most as Maharaj-ji. Given the name Krishna Das, KD began to chant as part of following the path of Bhakti yoga, the yoga of devotion. After the passing of Maharaj-ji, he took solace in music, as well as finding peace and strength in his yoga chant practice.

In 1994, KD started leading chant in public first in NYC, and then to an ever-growing audience of yoga students, and expanding to chant with people all around the world. In February 2013, Krishna Das performed at the Grammy awards in Los Angeles, which streamed online to millions of viewers. The award-winning film ‘One Track Heart: The Story of Krishna Das’ has been in over 100 US cities, over 10 countries worldwide. and is available on DVD everywhere.

KD now travels the world sharing his kirtan practice and wonderful stories of his life, of Maharaji-ji, of his life on the Path, and discusses bringing chanting into our lives through retreats and workshops. During COVID times he has chanted online every week for the worldwide satsang.

“Krishna Das is an example of someone whose heartsongs open the channels to God.”

“I’ve met many people who regularly turn to Krishna Das’s chanting for hope when in sorrow, a sense of belonging when feeling adrift, and for the sheer joy of recalling the power of love. I’m just like that too.”

“A fun, yet serious man with a voice that could move a mountain to Dance.”

“The music begins and, five seconds later, I feel like I’m… home.”

“Don’t miss this album. It might be his best yet.”

You may also like the following events from Mind Body Spirit Festival:

Tickets for Krishna Das | Peace of My Heart | LIVE IN LONDON can be booked here.