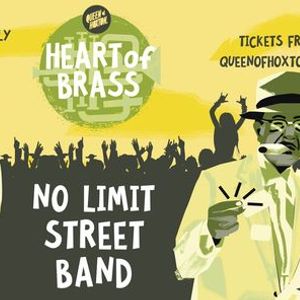 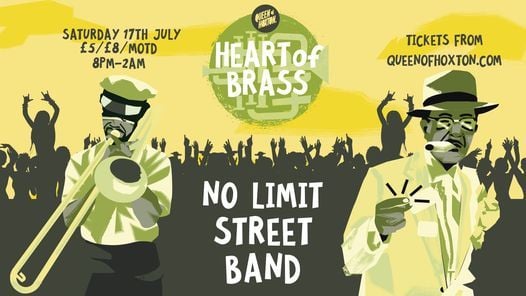 Heart of Brass is back for 2021 and bigger than ever, expect a 3-floor house party extravaganza.

No Limit Street Band will be playing their Brass Heavy take on feel-good classics, original songs and mashups alongside Russ Ryan (Doctors Orders) and Tappa (Tuckshop) playing sounds from across the globe including House, Disco, Funk, Latin, Afro and Dub cuts.

On the Ground floor, the house party ensues, with Gem Precious and Dan Rango playing the best in Hiphop, R&B, Garage, Reggae, Grime and beyond…

You may also like the following events from Queen of Hoxton:

Queen of Hoxton
Follow Contact
About The Host: East London bar/club and arts venue. Plus rooftop garden with bar & BBQ.
Website Link: http://www.queenofhoxton.com
Are you the host?
Nearby Hotels Queen of Hoxton, 1-5 Curtain Rd, London, United Kingdom
Report a problem ?