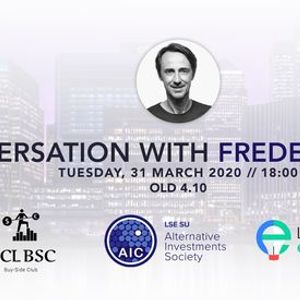 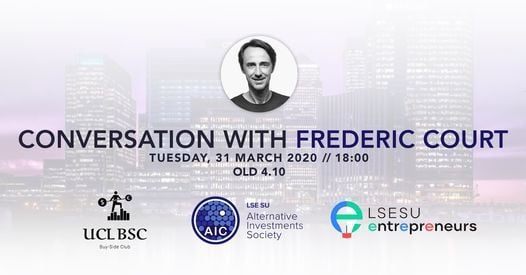 We are excited to announce that the Founder and Managing Partner of Felix Capital, Frederic Court, will be speaking at LSE on the 31st of March.

THIS EVENT WILL BE OPEN TO LSE STUDENTS ONLY.

Background:
Frederic is the founder and managing partner of Felix Capital, a “Europe-based thematic fund” with $600mn AUM that focuses on digital lifestyle investments.

The fund invests mostly in Series A businesses across Europe that fit this theme but have recently begun investing in growth equity opportunities. Some of their more prominent investments include; Farftech (first investor), Goop, Deliveroo, and Peloton. These investments have led to him being named “investor of the year” in Europe at the 2013 Investor All Stars Event, as well as appearing multiple times on the Forbe's Europe Midas List.

After graduating from ESSEC Paris, Frederic began his career as a Technology Investment Banker at Lazard before leaving to create an online marketplace for textiles. After a series of angel investments, he became a general partner at Advent Venture Partners, before leaving to found Felix Capital in 2015.

You may also like the following events from LSE SU Alternative Investments Conference: 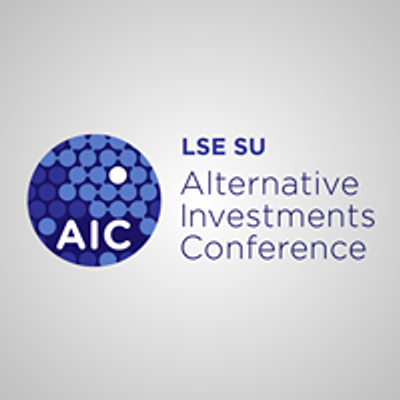