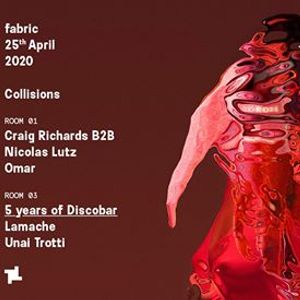 Craig Richards hosts Collisions. For this month’s edition, he invites two likeminded artists who have helped push electronic music forwards in Uruguay and beyond: Nicolas Lutz and Omar. The My Own Jupiter figurehead is particularly familiar with our space – since his Farringdon debut back in 2013, he’s regularly left us baffled with his enigmatic approach to playing records. In recent years this has been in tandem with our own founding resident, and the pair’s Room One link-ups are widely considered one of the highlight dates in our calendar. As with their previous performances, they’re set to helm the booth together and apart, steering the night with a heady blend of techno, IDM, electro and more. Joining them is Omar, who we’ve been watching closely for some time. Towards the end of last year he played a memorable debut with us, so we’re thrilled to welcome him back alongside two of his closest peers.

Discobar celebrate their 5th anniversary in Room Three. Lamache and Guillaume Taillieu’s label has built a loyal following that spans well beyond its Paris homebase since its launch in 2015, championing a slick, high-precision style of minimal house. Lamache is also a killer DJ who regularly brings the heat to clubs around Europe, and he’s set to step in space for the proceedings. Also billed is Unai Trotti, the London-based selector and Cartulis Music co-founder. Cartulis is one of our favourite parties in London, and its excellent cast of deep digging resident DJs is a big reason for that. Trotti makes his Saturday night debut to round off another night of high-calibre sound Collisions. 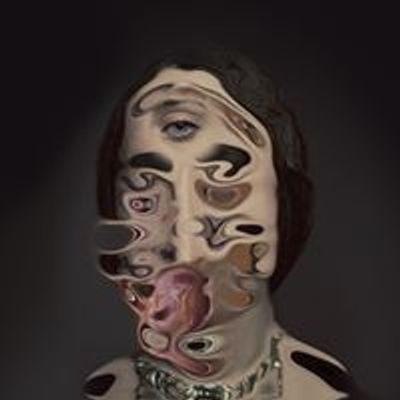