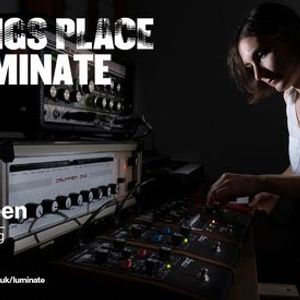 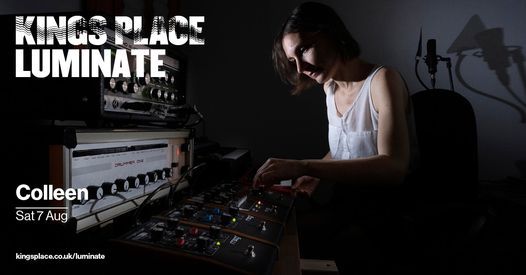 Colleen is an aboundingly inventive composer and artist. For two decades Cécile Schott as Colleen has crafted welcoming, enchanting, and bewildering music. The multi-instrumentalist and vocalist’s timeless compositions make use of carefully selected tools to mold memories into transcendent splendor. The Tunnel and the Clearing finds Schott at her most vulnerable and confident, invoking contemplative and swirling organ processed through analog electronics, steady drum machine syncopations and her distinctive voice to embody breaking through the nexus of compounding transitions. On an album centered on processing the complicated washes of emotion through tribulations and revelations Colleen presents a vision of breathless clarity.

The Tunnel and the Clearing was developed over a period of transformative change. Colleen began work on the album in 2018 only to be met with extreme fatigue from a previously undiagnosed illness that all but halted her work. The following months and years of treatment and adjustment eventually led to relocating to a new home and studio in Barcelona, which was soon followed by lockdowns and ultimately the dissolution of her longtime partnership. The impact of deep reflecting on these cumulative experiences found Schott completely reimagining her compositional practices through her enduring gift for reinvention. Schott spent months in near complete silence apart from composing and ruminating on her newfound perspective through her music. Says Schott, ‘Never before had I felt so profoundly the power that music has, through harmony, melody, rhythm and sound itself, to express the whole range of human emotions.’ The resulting seven pieces investigate the complex, at times contradictory relationship between excitement and fear, anger and understanding, struggle and triumph, all focused on a reconstruction of the self.

Part of Luminate at Kings Place

From contemporary orchestral composition to shimmering electronic sound worlds, musical expression is becoming less defined by genre, more framed by its emotional and cultural contexts. Luminate taps into this bold, exploratory landscape in a series of shows that will provoke and inspire.

Tickets for Colleen | Kings Place, London can be booked here.