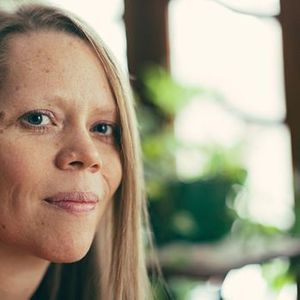 Mobile since her birth in Singapore, composer and saxophonist Caroline Davis lives in Brooklyn, New York. Her music covers a wide range of styles, which is owed to her shifting home environment as a child. Davis' debut album, Live Work & Play (2012), was featured on All About Jazz's best releases, and she was one of JazzTimes' Best New Artists of the year. Her second album, Doors: Chicago Storylines, is an audio documentary that uniquely sets stories from Chicago's most active musicians from the 80s and 90s alongside her compositions. In 2018, she won the Downbeat Critic's Poll “rising star” in the alto saxophone category. Caroline's third album, Heart Tonic, was released on Sunnyside Records to much acclaim in NPR, the New York Times, and DownBeat. Davis' self-titled Alula, featuring Matt Mitchell and Greg Saunier, was released on New Amsterdam Records in May of 2019, and Persona's Anthems, a collaboration with pianist Rob Clearfield, was released in September of 2019.

In March of 2019, Davis was a composer-in-residence at the esteemed MacDowell Colony and in the same year, was awarded the Jerome Hill Artist Fellowship for her work between 2019-21. Her compositional practice integrates music with the cognitive sciences, anatomical structures, and the brain, influenced by her Ph.D work in Music Cognition.

You may also like the following events from The Vortex Jazz Club:

Tickets for Caroline Davis Quintet can be booked here.