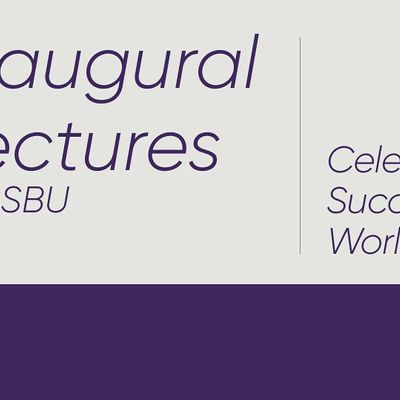 Professor Beaumont is Professor of Social History at the School of Law and Social Sciences, LSBU. You can read more about her lecture, accomplishments and impressive career below. We hope you'll join us in hearing her present her findings on the work of middle-aged and older women in the post-war fight for gender equality.

Inaugural lectures are an occasion of significance in our professors’ careers at the University. They provide an opportunity to recognise and celebrate the achievements of our recently appointed professors who are undertaking research, innovation, engagement and teaching activities in their field of expertise.

Our lectures are open to all LSBU Group staff & students as well as to members of the public and are free of charge.

You can check out the full programme of our inaugural lectures .

Description: The UK Women's Liberation Movement (WLM) was a radical and transformative social movement. It challenged traditional gender roles, railed against gender inequality, identified the 'personal as political' and sought to place the experiences of 'women' at the heart of debates on women's rights, roles, identity, and status in contemporary society. Unsurprisingly the WLM has dominated histories of post-war feminism, the women's movement, and female activism in Britain. In her inaugural lecture Prof Caitríona Beaumont will argue that this overly prescriptive focus on the WLM denies the experiences, expertise and demands of middle-aged and older women. Women active in pre-existing and less radical women's organisations, for example the Women's Institutes and National Council of Women, were just as invested in gender equality as younger women activists in the WLM.

Biography: Professor Caitríona Beaumont is Professor of Social History and Director of Research in the School of Law and Social Sciences, London South Bank University, UK. She is a council member and trustee of the Royal Historical Society and sits on the editorial boards of Twentieth Century British History and Contemporary British History. She is a member of the UKRI AHRC Peer Review College.

Her research focuses on the history of female activism and women's movements in nineteenth and twentieth century Ireland and Britain. Her book Housewives and Citizens: Domesticity and the Women's Movement in England, 1928-1964 (MUP) was published in 2013 and she is the author of numerous articles and chapters including with M. Clancy & L. Ryan (2020), 'Networks as "Laboratories of Experience": exploring the life cycle of the suffrage movement and its aftermath in Ireland 1870-1937', Women's History Review 28, 6. She is currently working on a history of intergenerational female activism in England 1960-1980s.

You will receive a confirmation email with more information a few days before the event takes place.

We look forward to seeing you!

Tickets for Beyond Women's Liberation can be booked here.