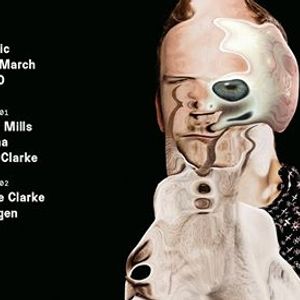 We’re delighted to welcome Jeff Mills back to Farringdon. For more than three decades, the Detroit artist has been one of techno’s greatest ever visionaries. Starting out his career as a radio DJ under the alias The Wizard, he honed his own captivating style of DJing from a young age, blending usually disparate genres with extraordinary technical prowess. Alongside peers like Robert Hood and Mike Banks, he would translate this skill into Detroit’s emerging techno scene through the early 90s, laying the foundations for the genre as a key member of the Underground Resistance collective. His pioneering releases for the likes of Tresor and his own Axis label were characterised by his famously raw and stripped-back sound, an aesthetic his DJ performances – usually utilising three decks and a Roland TR-909 – always showcased in frenetic form. In recent years Mills’ career has been marked by his obsession with space and science fiction, but he remains as devoted as ever to pushing the boundaries of techno. Still a relentless innovator inside and outside the DJ booth, he is one of the most revered artists in electronic music history. Joining him in Room One is Sigha, the UK artist best known for his hazy take on techno. The last few years have seen him forming close ties with the Belgian label Token, but he’s also shown a more experimental side to his sound under a new guise, Faugust. Our own Jay Clarke brings more heavyweight techno fare to round off the Room One bill.

Dave Clarke helms Room Two. Widely renowned for his fierce techno and electro assaults behind the decks, the UK artist has been an unstoppable force since the early 90s. Back then he was laying down his sound on labels like Deconstruction and Bush, and through his singular, relentless approach to DJing, he would go on to become one of techno’s best-loved selectors. Now thirty years into his career, he’s still at the forefront of the scene, and remains a staple of our Room Two space. Joining him this time around is our own Imogen, a fast-rising UK artist whose rapid ascent is as easily explained by her killer production style as it is her assassin-like dancefloor attacks.