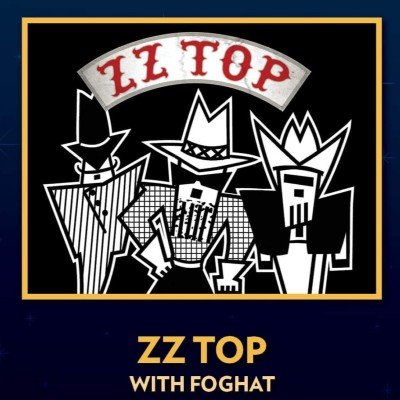 ZZ TOP will embark on their long awaited 2022 Concert Tour (with Foghat) and is scheduled to perform live at Thunder Valley Casino Amphitheatre in Lincoln, CA on June 4th, 2022. ZZ Top is an American rock band formed in 1969 in Houston Texas. The group consists of founder Billy Gibbons, Dusty Hill and Frank Beard.

right now before someone else grabs your seats!

Tickets for ZZ TOP Tour can be booked here.