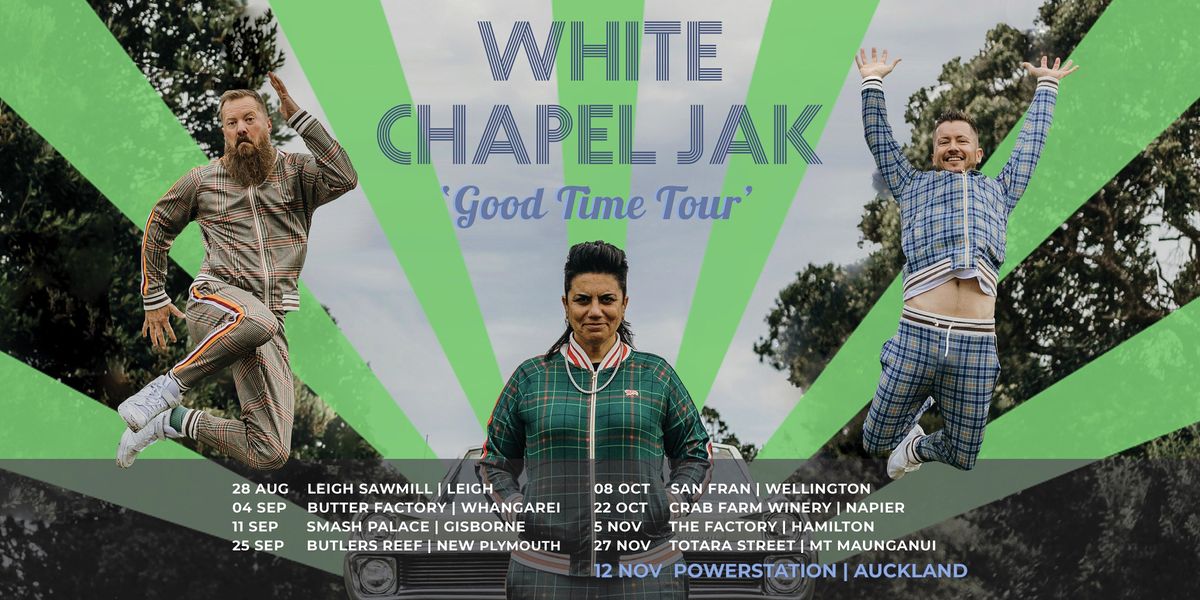 "One of the hottest and exciting acts to emerge in NZ in the last 18 months" - Paul Ellis, NZ Idol_NZ Got Talent Judge, Former Sony Music Ex

"One of the hottest and exciting acts to emerge in NZ in the last 18 months" - Paul Ellis, NZ Idol_NZ Got Talent Judge, Former Sony Music Executive.

Who’s ready for a bloody good time?! Hugely-popular White Chapel Jak are here for a good time, and you don’t have to wait for a long time! Their Good Time Tour 2021 is set to be the most epic run of shows yet.

White Chapel Jak have opened for Ben Harper and Alanis Morissette, and entertained more than 15,000 people at the SeePort Festival in Auckland performing with the Auckland Symphony Orchestra two years in a row. Many of their 2020 shows sold out as their reputation and following grew.

Nailing ballads through to bangers that span decades of hits and have everyone dancing, the trio’s playlist is now peppered with their original music, to create high-energy shows.

Super star leading lady Bonnie Hurunui has a powerhouse voice and charisma ready to dazzle with her magnetic energy. The beautiful and talented Viking drummer, Dean Tinning holds the beat with heart and soul, and the charming and fiery, Nathan Boston is locked and loaded with his catchy riffs and flawless flourishes. The band will be joined by special guest artists.

“We love the energy and vibe of our people having a good time,” Bonnie says. “So that’s what our shows and music are all about – the best that life has to offer, good tunes, good people and good times.”

The Good Time Tour kicks off on August 28 and plays out in their favourite spots including Leigh, where it all began for the band seven years ago, as well as Whangarei, Auckland, Hamilton, Mt Maunganui, Napier, Gisborne, New Plymouth and Wellington. 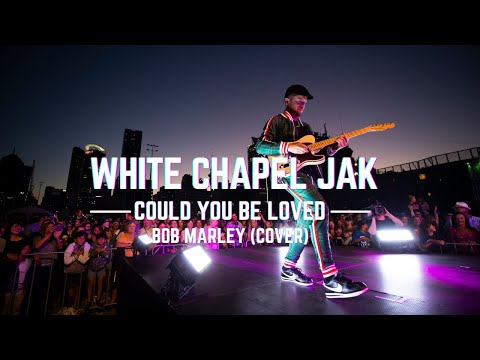 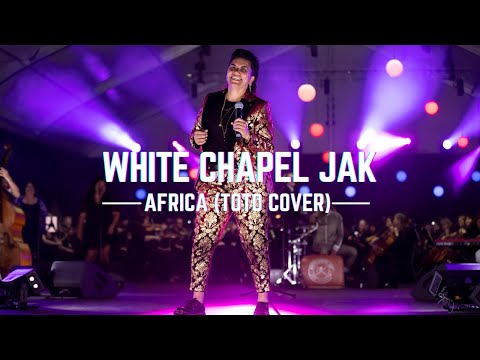 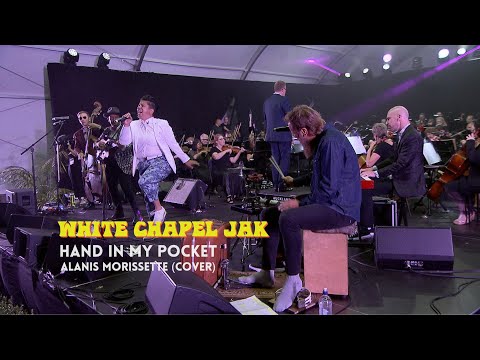 White Chapel Jak
Follow Contact
Known for putting an funk-groove spin on upbeat songs everyone knows and loves White Chapel Jak are a  four-piece acoustic band (with a big band sound). They claimed the Radio New Zealand 2018 Battle of the Covers Band title and have performed more than 600 gigs NZ-wide since 2014 including Soundsplash 2020 and the Bay of Islands ‘iT’ festival.    Accompanied by the Auckland Symphony Orchestra they headlined the Auckland SeePort Festival for a crowd of 15,000 in January 2020, and opened for Alanis Morrissette at the 2018 Summer Concert Tour and Bonnie Tyler at 2017 Summer Concert Tour.   Let go, have fun, sing and dance your heart out. That's a audiences love about a live White Chapel Jak experience.
Are you the host?
Nearby Hotels Leigh Sawmill Cafe, 142 Pakiri Road, Leigh, New Zealand
Event details from Eventbrite Report a problem ?