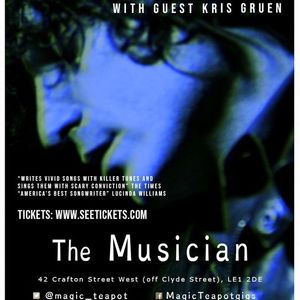 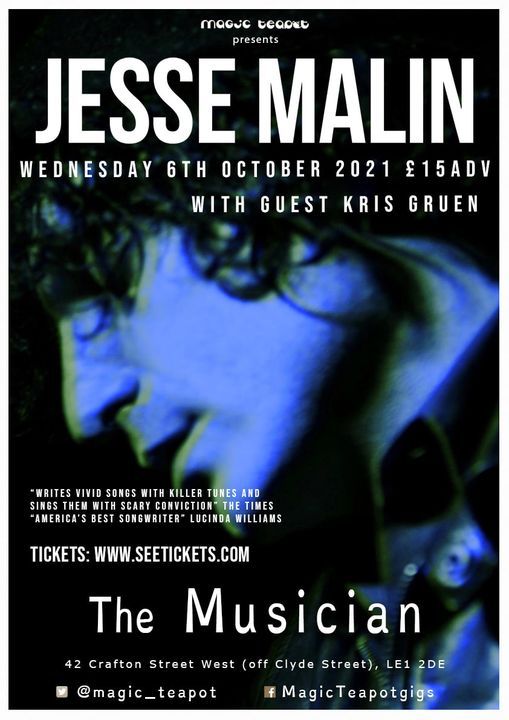 Please either carry your ticket over OR refunds are available at the point of sale. Be well all.

Jesse Malin— whom the London Times says “writes vivid songs with killer tunes and sings them with scary conviction”— and Lucinda Williams— the southern troubadour once named “America’s best songwriter” by Time magazine— first met in the early 2000s at a jazz club in NYC’s West Village. In a joint 2017 Rolling Stone interview, the two discussed their “shared love of miscreants, misfits, the misunderstood and the mysteries of everyday lives binds them across the Mason-Dixon line.”

“From the early frontier days of hardcore in New York to all the punk rock and singer/songwriter touring,” says Malin, “it’s all been about survival and reinvention. I wanted to make an open-sounding record with the space to tell these stories. I like to write about characters and people I meet along the way. The dreamers, schemers, hustlers, romantics, lovers, leavers and believers.” Many of the dreamers, schemers and so on from Jesse’s own life contribute to Sunset Kids, his new album of highly personal songsbeing released August 30 on Wicked Cool Records.

Sunset Kids first took shape at The Hollywood Bowl when Jesse accepted Lucinda Williams' invite to see her open what turned out to be the final concert by Tom Petty And The Heartbreakers. During that same L.A. visit, the idea of Lucinda taking the producer's chair on Jesse's next record came about. After reflecting on his life while walking the streets of London, jamming riffs in an East Side basement, and writing songs in Florida hotel rooms while visiting his ailing father, the ambitious 14-song album was recorded on both coasts between the artists' touring schedules. "playing music is something I need to do. Singing under those hot lights every night is true exorcism. We - get to put together this pirate ship of characters and go around the world making trouble."

Born in New York but based in Vermont, Kris Gruen (son of legendary music photographer Bob) shades to the ringing guitar side of folk-pop, past comparisons having included Ryan Adams and Pete Yorn.

As such, four years in the making, his new album ‘Coast & Refuge’ bounds out of the starting gate with Body In Motion, calling to mind the great Willie Nile on a number that captures the urgency of living life and not ossifying. That same musical energy and lyrical positivism also crackles through the inspirational Lions with its hints of The Lumineers, Young Hearts (a duet with Finland’s Peppina), By The Fire and What Brings You, all of which explode with a big sound and massive choruses
Folk Radio

You may also like the following events from Magic Teapot:

Tickets for Jesse Malin + Kris Gruen at The Musician 6 October 2021 £15 adv can be booked here.