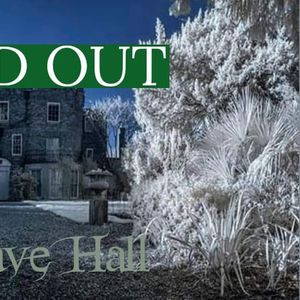 Built from blue and red brick between 1709 and 1713, Belgrave Hall was commissioned for hosiery merchant Edmund Craddock and his wife Anne. Later it became the home of William Vann, High Sheriff of Leicestershire (c.1767) and John Ellis, businessman and Leicester MP, who was instrumental in introducing the railway to Leicester in 1833. The tranquil walled gardens, surrounding the Hall, include plants and trees introduced by the Hall’s many owners, including yew trees and wisteria planted by the Ellis family in the mid-1800s.

In 1999, Belgrave Hall became famous across the world when two ghostly figures were recorded on security cameras outside the Hall. The building remained of interest to ghost hunters long after this sighting was explained. The ISPR (International Society for Paranormal Research) examined the footage and decided the image was environmental in nature rather than paranormal, namely a falling leaf, but went on to 'identify' quite a few cold spots and 'residual forces'. The team from Ghost Hunters International concluded it was most likely people with reflective jackets walking around. Living TV's Most Haunted crew investigated here in 2003 with celebrity guests Vic Reeves and his wife Nancy Sorrell. Belgrave Hall was featured on the 26 June 2012 episode of Fact or Faked: Paranormal Files.

⚫Use of equipment. Oujia boards, Table tipping, k2 meters and so on.

There is limited parking near the house.

Before booking onto this event please read our Terms and Conditions. We cannot offer refunds and all ticket sales are non-transferable.

NO UNDER 18's AND ANYONE UNDER THE INFLUENCE OF ALCOHOL OR DRUGS WILL NOT BE PERMITTED INTO THE EVENT.

This location is unsuitable for people with mobility issues and heavily pregnant women.

Remaining balance due 4 weeks prior to event.