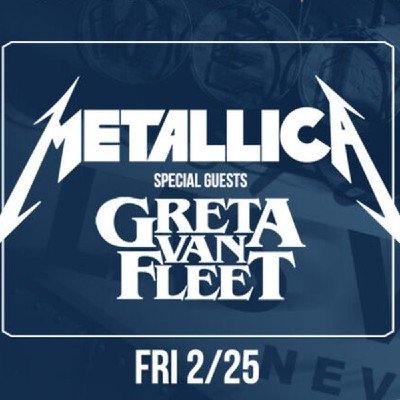 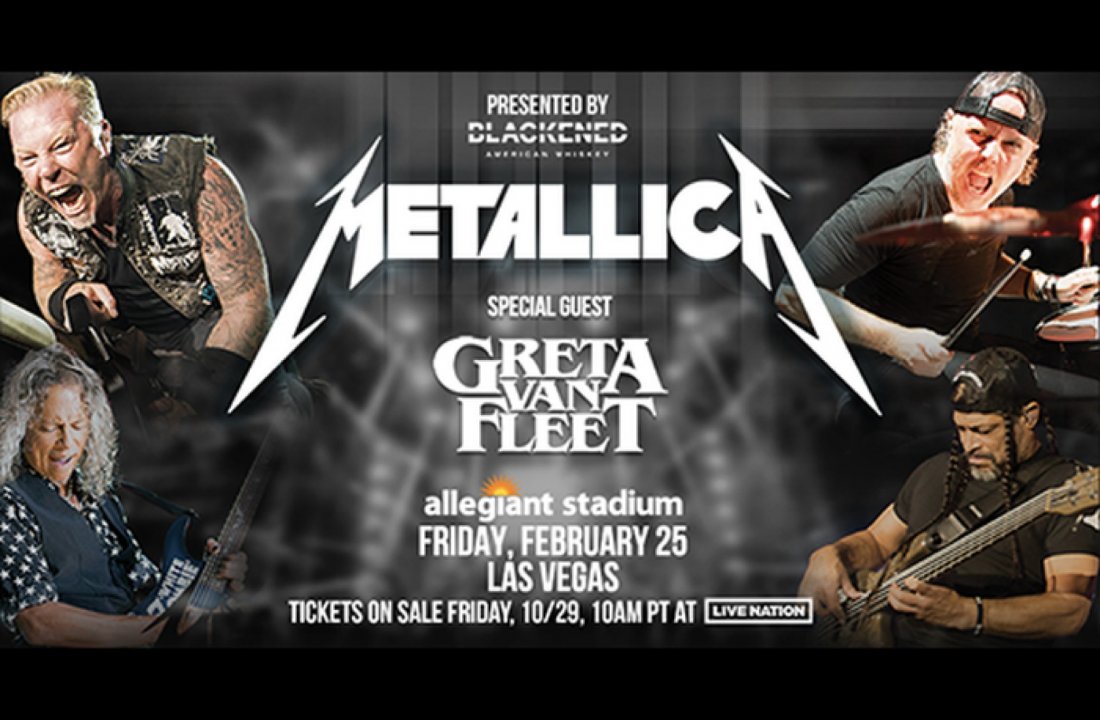 Heavy metal Rock gods Metallica will be performing a one time concert with special guest Greta Van Fleet. They will be performing live on stage! This particular live concert is scheduled to take place at the venue known as Allegiant Stadium which is located in Las Vegas, NV. The date of the event is set for February 25th, 2022.

Performer Background : Metallica is an American heavy metal band. The band was formed in 1981 in Los Angeles by vocalist/guitarist James Hetfield and drummer Lars Ulrich and has been based in San Francisco for most of its career. The band's fast tempos instrumentals and aggressive musicianship made them one of the founding "big four" bands of thrash metal alongside Megadeth Anthrax and Slayer. Metallica's current lineup comprises founding members and primary songwriters Hetfield and Ulrich longtime lead guitarist Kirk Hammett and bassist Robert Trujillo. Guitarist Dave Mustaine (who went on to form Megadeth after being fired from the band) and bassists Ron McGovney Cliff Burton (who died in a bus accident in Sweden in 1986) and Jason Newsted are former members of the band.

Tickets for Metallica Las Vegas can be booked here.