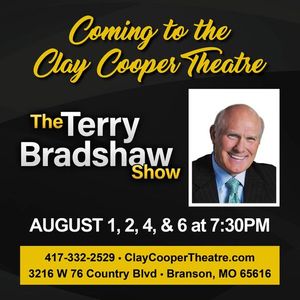 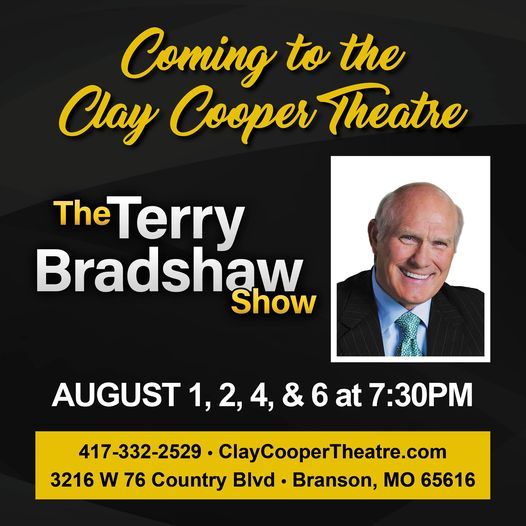 Legendary professional football player and iconic entertainer Terry Bradshaw will hit the stage this summer in Branson with his musical, comedy and story-telling production, "The Terry Bradshaw Show", for a limited engagement. Bradshaw will bring his dynamic singing ability, endearing personality and charisma to the Clay Cooper Theatre with a production that chronicles his life's journey through comedy, music and storytelling. "The Terry Bradshaw Show" will showcase the same straight-shooting, self-deprecating humor that has made Bradshaw an all-time favorite as an Emmy Award-winning co-host and analyst on Fox NFL Sunday. NFL films and HBO will be here filming for A documentary on the life of Terry Bradshaw to be released in the near future.

Tickets for The Terry Bradshaw Show can be booked here.

Event Photos
There is no photo available at this moment
Nearby Hotels Clay Cooper Theatre, Kirbyville, United States
Report a problem ?