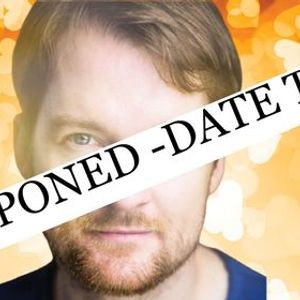 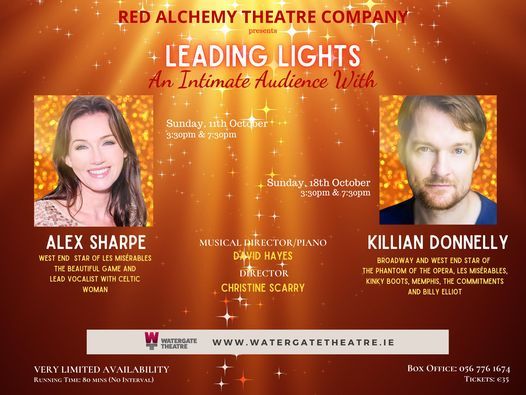 in a beautifully intimate and pared back setting at The Watergate Theatre, Red Alchemy theatre company present an up-close-and-personal encounter with Broadway and West End star, Killian Donnelly. And with the musical legend David Hayes (Riverdance, The Voice) on piano, a memorable occasion is guaranteed.

Each show will have a VERY limited capacity. There will be a matinée (3:30pm) and evening performance (7:30pm) on Sunday, 18th October.

KILLIAN DONNELLY is a real star of musical theatre – and a multi-Olivier Award Nominee – having taken the West End and Broadway by storm in Les Misérables, The Phantom of the Opera, Billy Elliot, The Commitments, Kinky Boots and more. He most recently led the UK and Ireland touring cast in the title role of The Phantom of the Opera – a journey that was sadly cut short on account of the global pandemic. Prior to that, he had reprised the role of Jean Valjean touring the UK and Ireland in Cameron Mackintosh’s new production of Les Misérables, having starred as Valjean in the London original at the Queen’s Theatre. His Broadway début saw him recreate the role of Charlie Price in Kinky Boots, having originated the role in London – for which he received 2016 Olivier Award Nomination for Best Actor in a Musical, 2015 Evening Standard Theatre Awards Shortlist for Best Musical Performance, and, for the Original London Cast Recording, 2017 Grammy Award Nomination for Best Musical Theater Album.

Don't miss AN INTIMATE EVENING WITH KILLIAN DONNELLY at the Watergate theatre on Sunday 18th October.

You may also like the following events from The Watergate Theatre:

Tickets for Leading Lights - An Intimate Audience With Killian Donnelly can be booked here. 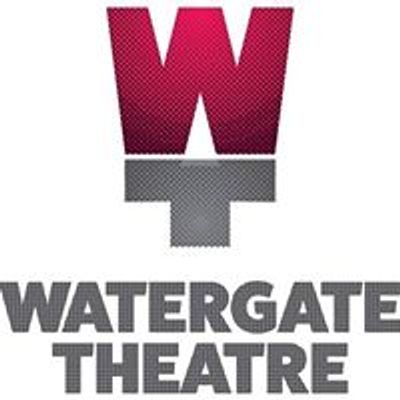