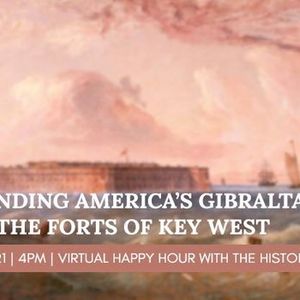 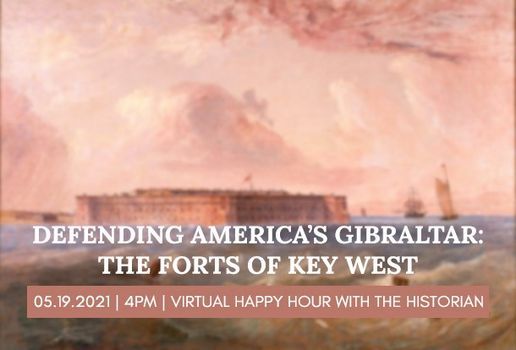 The Key West Art & Historical Society is excited to offer a series of VIRTUAL fun historical lectures entitled ‘Happy Hour with the Historian’.

With its impressive harbor situated on the border of the Atlantic Ocean and the Gulf of Mexico, the island of Key West was an indispensable outpost for the United States military in the 19th century. The island had the deepest natural port between New Orleans and Norfolk, Virginia along one of the nation’s busiest shipping routes. Key West quickly emerged an economic center and, unsurprisingly, was settled rapidly, becoming Florida’s most populated city.In order to defend Key West’s premier location, the island was included in the government’s plan to build a series of coastal defenses aimed at protecting the nation’s busiest cities and seaports. The first of these fortifications was Fort Zachary Taylor, on the west side of the island. During the Civil War, the Union used that fortification as a stronghold for the blockade of Confederate supply lines. To protect Fort Taylor from ground assaults, construction began on two martello forts in 1862 along the island’s southern coast.At the time of their construction, Fort Taylor and the two Martello Towers were capable of withstanding any attack from land or sea; but like all the fortifications in and around Key West, the walls of the martello towers were made obsolete almost before the mortar was dry by the invention of the rifle cannon.

Happy Hour with the Historian is sponsored in part by The Helmerich Trust.

You may also like the following events from Key West Art & Historical Society:

Tickets for Virtual Happy Hour with the Historian can be booked here. 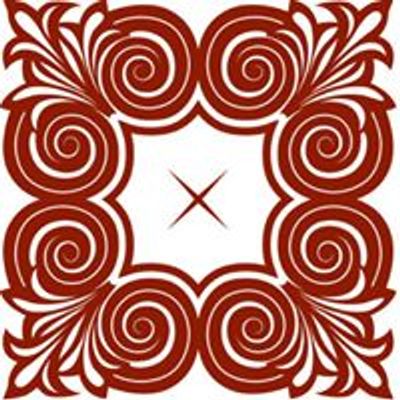