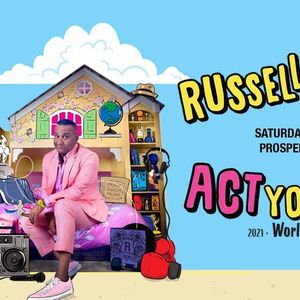 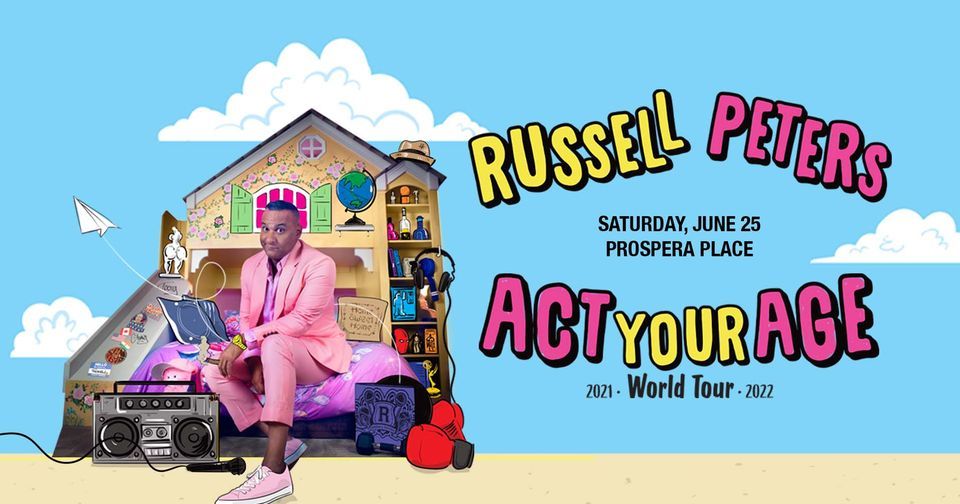 THE NEXT LEG OF HIS ‘ACT YOUR AGE’ WORLD TOUR

After four years away, Russell Peters returns to his home and native land with his Act Your Age World Tour.

After sold-out shows in Chicago, New York, DC, Cairo, Amman, Abu Dhabi and Dubai, Russell is bringing his new act back to Canada with shows from Victoria to St. John’s, ending at Toronto’s Scotiabank Arena on July 28th.

Russell Peters has been awarded a Gemini, Peabody, Emmy and Canadian Screen Award. He was also the first comedian to have a comedy special on Netflix.

Tickets for the new dates go on sale Friday, March 11, 2022, at 10AM local time. For more information and tickets, visit RussellPeters.com.

Russell Peters was recently named as one of Rolling Stone’s 50 Best Comics of All Time. He started doing stand-up at the age of nineteen at open mics in his native Toronto, and spent the next fifteen years honing his craft at clubs across Canada and the UK. In 2004, Peters gained critical and global recognition for his CTV “Comedy Now!” special and soon became the first comedian to sell-out Toronto’s Air Canada Centre in 2007. Peters went on to set attendance records at venues from Madison Square Garden to The Sydney Opera House to London’s O2 Arena – where he broke the UK attendance record for highest number of

tickets sold for an individual comedy show. Peters resides in Las Vegas and Los Angeles. When not on tour he spends every day with his nineyear-old daughter, Crystianna and newborn son, Russell Santiago. He has a blue belt with three stripes in Jiu Jitsu and is an ardent DJ and hip-hop junkie who tries to get on the turntables for at least a few minutes every day.

Outback Presents is the leading independent, full-service promoter of live entertainment. Based in Nashville, TN, Outback Presents specializes in producing music and comedy shows, tours, and festivals across North America and connecting its diverse roster of artists with their fans. For more information, visit www.outbackpresents.com.

Tickets for Russell Peters: Act Your Age World Tour can be booked here.