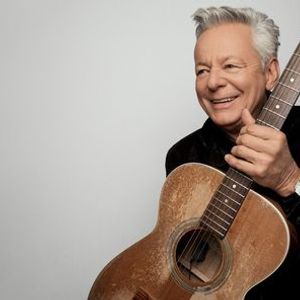 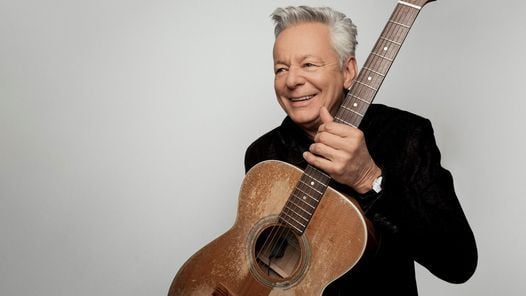 
Tommy Emmanuel at Kalamazoo State Theatre on July 29, 2021 has been rescheduled to October 12, 2021. Your ticket will be honored for the rescheduled date. For any further ticket inquiries please reach out to point of purchase.

Join us at the Kalamazoo State Theatre for a performance by Australian guitarist, songwriter and occasional singer, Tommy Emmanuel on October 12!

Best known for his complex fingerstyle technique, energetic performances and the use of percussive effects on the guitar, Emmanuel has carved out his own style as a solo artist in recent years, releasing award-winning albums and singles.

The accomplished artist threads three different parts simultaneously into his material, operating as a one-man band who handles the melody, the supporting chords and the bass all at once. Emmanuel’s technical gift and skill has earned him multiple awards from Guitar Player magazine and made him a Member of the Order of Australia.

Guitarist extraordinaire Joe Robinson has accomplished more in his young career than many musicians achieve in their entire lifetimes. He began touring at the age of 11, he earned widespread acclaim at 16 when he won Australia's Got Talent, and he was named "Best New Talent" at 19 in a Guitar Player reader's poll. Now in his mid-20s, Robinson has grown from an on-the-rise wunderkind to a respected virtuoso who can hold his own next to greats like John Meyer and Gary Clark, Jr. In concert Robinson dazzles with his jaw-dropping chops and lightning-fast fingers on the fretboard as he moves from rock and blues to soul and jazz with effortless ease. When you throw in the pop-savvy vocals he turns in on standouts like "Out Alive," "Wait for the Train," and "Emily," the end result can only be described as Joe Robinson. Ticket buyers who appreciate true talent and musicianship are sure to love every second of this phenom's livewire performances.

Though he's known for his six-string licks, Joe Robinson's first instrument was actually the piano. The Temagog, Australia native switched to guitar at age ten and picked it up quickly enough that within a year he had opened for fretboard legend Tommy Emmanuel – who soon agreed to mentor the dedicated youngster. Still in his teens, Robinson entered and won Australia's Got Talent in 2008 with his riveting rendition of "Classical Gas." He began to catch on internationally with a 2010 appearance at Bonnaroo, which inspired Guitar Player readers to vote him the Best New Talent in an online poll. Even though he was lauded for his acoustic abilities, he decided to go electric on 2011's Let Me Introduce You and won praise for the searing single "Out Alive." Robinson had a banner year in 2013 that saw him tour North America, China, and Japan before appearing at Eric Clapton's Crossroads Guitar Festival. One of the most gifted and promising guitarists around, Joe Robinson electrifies fans and redefines musical styles whenever he picks up his instrument.

General Ticket Information:
Seating is reserved for this all ages event. There is an 8 ticket limit.

FPC Live
Follow Contact
About The Host: One of the largest, independent concert promoters in the world. Check out upcoming concerts at www.fpc-live.com
Website Link: http://www.fpc-live.com/
Are you the host?
Nearby Hotels Kalamazoo State Theatre, 404 S Burdick St, Kalamazoo, United States
Report a problem ?