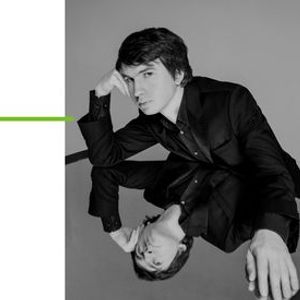 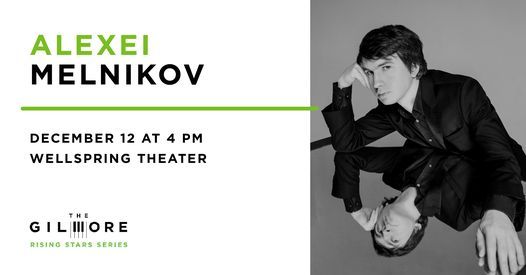 Alexei Melnikov was born in Moscow, Russia and is known for the raw emotion he brings to his playing. When he was six years old, his parents brought him to study at the Gnessin State Musical College, where he perfected his playing under the guidance of Tatiana Shklovskaya. He continued his studies at the Moscow Tchaikovsky Conservatory under the tutelage of the People's Artist of Russia, Sergei Dorensky, and his assistants. In 2018, Mr. Melnikov was invited to the Verbier Festival Academy, where he received the Neva Foundation Special Prize.
Mr. Melnikov came to greater international attention in 2019 when he received the Third Prize and Bronze Medal at the XVI International Tchaikovsky Competition in Moscow, but has had little opportunity to tour internationally since.

This event will be both in-person and available to stream online. Visit https://www.thegilmore.org/event/alexei-melnikov/ to learn more.

You may also like the following events from Gilmore Keyboard Festival:

Gilmore Keyboard Festival
Follow Contact
About The Host: There is no better way to enjoy live music. The Gilmore presents concerts from the most prestigious Keyboard Festival to the promising Rising Stars. These keyboard musicians come from around the world to provide unique live music experiences in Kalamazoo
Website Link: thegilmore.org
Are you the host?
Nearby Hotels Wellspring/Cori Terry & Dancers, 359 S Kalamazoo Mall Ste 204, Kalamazoo, MI 49007, Kalamazoo, United States
Report a problem ?