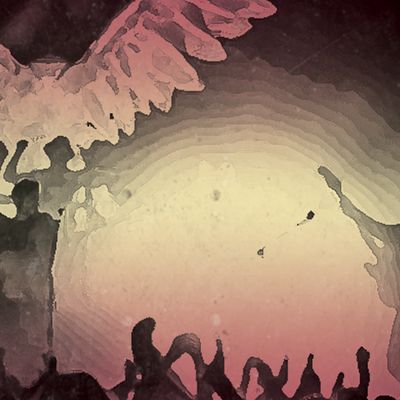 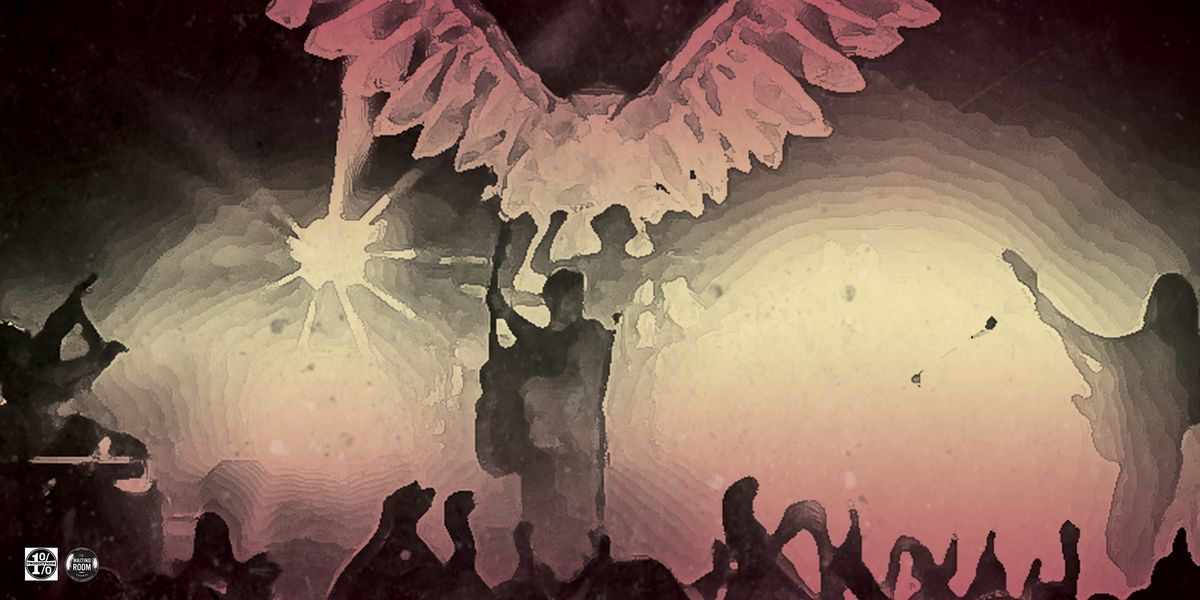 The Airborne Toxic Event at The Vogue - Indianapolis

This show has been rescheduled for Friday, October 14, 2022.

All tickets for this show will be honored on the rescheduled date.

Every so often, one song can change everything. For The Airborne Toxic Event, that particular number happened to be an A Capella version of Queen and David Bowie’s classic duet “Under Pressure”.

“Somebody played it for me, and it blew my mind,” declares vocalist and guitarist Mikel Jollett. “I made a decision to change my whole approach to music. I just wanted to be joyful about it. I wasn’t going to worry anymore. For the first three records, I thought mostly like writer. My mindset changed. It was about inventing a musical logic that was unabashedly catchy and rhythmic, but way weirder than anything we’ve done in the past.”

That “logic” came to life while Mikel composed “Hell and Back” for the Dallas Buyers Club soundtrack in August 2013. Under a tight deadline, he had no choice but to produce the track himself—a first for the Los Angeles outfit. However, he didn’t stop there.

“Producing was massively challenging and super fun,” admits Mikel. “When we finished the last record, our producer Jacquire King said to me, ‘I think you’re ready to produce an album now.’ I felt like we had reached the apotheosis of being a proper rock band. This was the exact opposite. It was me alone in a room for 12 hours a day working harder than I’d ever worked.”

Early in the process, Mikel tapped into a boundless aesthetic, embracing electronic elements as well as pop structures and unbridled rock ‘n’ roll bombast. At the same time, it defied categorization at every turn. “That’s one of the hallmarks of the record,” he affirms. “It doesn’t sound like anything else.”

The first single “Wrong” merges striking synths and an electronic swing with an evocative refrain punctuated by a robust groove. It’s borderline danceable, but always chant-able.

“It’s just about a guy feeling insecure,” explains Mikel. “I wrote it at a time of massive upheaval in my life. We all have that moment. You look over everything and think, ‘I am an idiot!’ It’s not every day, but you wish you could start over. That’s the idea.”

“California” turns a spotlight on a different side of the Golden State from the perspective of a true native. All the while, it still boasts an unshakable refrain and intricate instrumentation.

“I grew up in California,” he goes on. “My parents were hippies, and I was born in the back of a VW bus on the beach. I was around everybody from Beatniks to gang members to kids who just emigrated from Guatemala or Ethiopia. None of this had anything to do with the popular image of what California is—that idea of palm trees and movie stars. As soon as you’ve got an idea of utopia, it begs a dystopia. It’s an idea of apocalypse right around the corner in a place that’s considered ideal.”

Simultaneously, the title track tempers a distinct guitar bounce with entrancing harmonies, making for a provocative and potent dichotomy.

“You can interact with all of these dope hand devices, but they make you sort of dopey an hour later,” he sighs. “You make music with them. They can save you from a heart attack. They’re little extensions of the things that make us fundamentally human, which is the desire to interact with one another. The machines are all of these things at the same time.”

In the middle of 2014 after moving on from Island Records, Epic Records C.E.O. L.A. Reid reached out and signed them—for the second time.

“L.A. signed us way-back-when at Island,” recalls Mikel. “He literally saw us at Bowery Ballroom in New York, came backstage, and offered us a record deal. The moment we were free, he sent us a deal memo. It’s a pleasure to be working with him again. He’s a big believer, and he brings a lot of energy to this.”

They’ve carried a similar energy through three full-length albums: The Airborne Toxic Event [2008], which spawned the gold-selling single “Sometime Around Midnight”, All At Once [2010], and Such Hot Blood [2013]. In addition to reaching gold status, iTunes named “Sometime Around Midnight” the “#1 Alternative Song of the Year”, and it spent a staggering eight weeks at #1 on Billboard’s Heatseakers Chart. HBO utilized it on their high-profile Network Season Promo. The group has appeared on The Late Show with David Letterman four times, The Tonight Show with Jay Leno four times, and on Jimmy Kimmel Live! three times. Moreover, they’ve taken the stage at festivals including Coachella and Lollapalooza and sold over 50,000 tickets in 2013 alone.

In many ways though, Dope Machines signals something of a rebirth.

“It’s like debuting a new phase,” concludes Mikel. “It was a new approach. We’ve got a new label. We threw out everything we were tired of and moved on to a brand new palette. That was the goal. This isn’t what The Airborne Toxic Event is supposed to be. This is who we are."

Tickets for The Airborne Toxic Event can be booked here.

Follow Contact
About The Host: Indy's #1 Dance Club and Concert Venue for over 30 years!
Website Link: http://www.thevogue.com
Are you the host?
Nearby Hotels The Vogue Theatre, 6259 N. College Ave, Indianapolis, United States
Event details from Eventbrite Report a problem ?