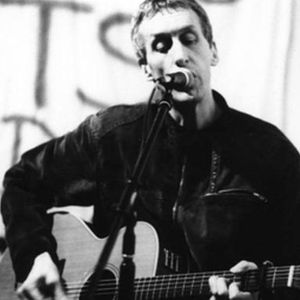 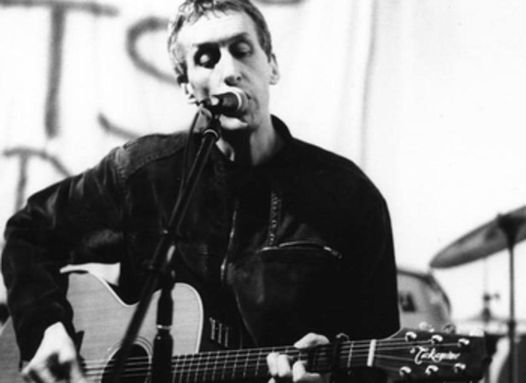 CHRIS LAYHE is best known as a founding member of Liverpool alternative rock band, The Icicle Works.
Signed to Beggar's Banquet, The Icicle Works had a handful of chart hits (notably "Birds Fly (Whisper to a Scream)") and toured the US and mainland Europe before Chris’s departure in 1989.
In the 1990s, Layhe worked as events organiser at Blue Coat Arts Centre in Liverpool.
Though originally a bassist, Layhe currently teaches guitar at the Manchester Adult Education Service.
Co-writer (with Ian McNabb) of several early Icicle Works songs, he has also performed his own work solo, and with blues rock band Oyster, in venues throughout the north of England.
In 2009, Layhe formed the indie rock band Shadow History, with the Australian singer/guitarist Ben Winch, and returned to bass playing after a lengthy hiatus.
Tonight Chris will be performing his own original material, selected covers plus some Icicle Works back catalogue


STEVE ROBERTS has been involved in music for more years than he can remember… As the singer and songwriter with Liverpool’s 16 Tambourines he signed a major record deal with Arista/BMG and toured and recorded throughout Europe in the late 80s and early 90s grazing the lower reaches of the UK charts and securing a reputation as a songwriter of some renown.
Steve deals with the big themes and the very little; war, love, cafes, bars, trouser style and more, all of it set to a tune you can whistle and often a beat you can dance to. “I don’t consider myself a musician” he says, “all I ever want to do with an instrument is write a song with it, I’m not your triplets and scales type of person”. That said, his songs aren’t your run of the mill rock and roll turn arounds; “I love the song writing of Ray Davies and Andy Partridge, the twists and turns of it but I like to mix it with a bit of, say, Stevie Wonder’s heartache and joy. I suppose I’m still mostly influenced by the sounds I heard growing up”. His discography is testament to that, moving through blue eyed soul, 12 string chiming stompers to reflective acoustic singer-songwriter songs.
In the mid 90s he founded Acoustic Engine song writing gig promotions before leaping back into the musical swamp himself in the early noughties on Liverpool’s Viper label with his debut solo album ‘It Just Is’, recorded with friends from The Lightning Seeds, The La’s and other great Liverpool musicians; “A beautiful album, we fell in love with it” Janice Long. “The creepy folk pop noir of Love meets Crowded House” Uncut Magazine. He followed it in 2004 with the lo-fi ‘Shake It, Make It & Don’t Fake It’ album, playing most of the instruments himself and in 2006, reunited with some members of 16 Tambourines for the Captain Pop band album, ‘Shut Up and Sing’, a summery upbeat affair. He went briefly back on the road for an enjoyable slog around the British Isles promoting it.
Leaving Liverpool for the Derbyshire Dark Peak, after writing and recording a song every week throughout 2008, he re-emerged with the power-pop EP ‘When We Dreamed We Dreamed of Dreams’ and Alan O’Hare on the Liverpool Acoustic website wrote “ ‘I Used To Be So Pretty’ is a slice of psychedelic pop that would hold its own on, say, ‘Rubber Soul’… it really is that good”. Steve then recorded two Cold War themed EPs heavily imbibed with sounds of the mellotron; “I was reading spy fiction and it became apparent to me that the Cold War not only infected my generation’s politics, it impacted our mental health. It was also a great metaphor for love and its destruction, so much lying, betrayal and paranoia!”
Steve then turned the EPs into a show ‘This Is a Cold War: Spy Stories and Songs’, receiving an award for excellence in new writing at 2016 Buxton Fringe Festival. He’s also written for television and theatre and in late 2019 was granted an Arts Council of England award to write songs about the relationship people have with books and reading. Now called ‘The Life of Books’, he has written and recorded 10 new songs for it, an eclectic mix of styles, if not subject matter, but all the songs have the Roberts melodic trademark. “I work part-time in a second-hand bookshop and people love and honour their books with the same passion and enthusiasms shown to records and music. Combining songs and books is just about the perfect thing to be able to do as far as I’m concerned. I’ve loved every minute of the project and I think the songs reflect that”.
Back to where we came in, 16 Tambourines played a sold out show in Liverpool in November 2019 and, just as lockdown and Covid-19 hit, were due to record a new album. Someday soon we hope.

A unique pairing and a one off gig. Don’t miss – Doors 3pm / 4pm start

On the A6 central Stockport, beside The Garrick Theatre and The Hat Works Museum

You may also like the following events from The Spinning Top:

Tickets for TO BE RESCHEDULED Chris Layhe and Steve Roberts can be booked here. 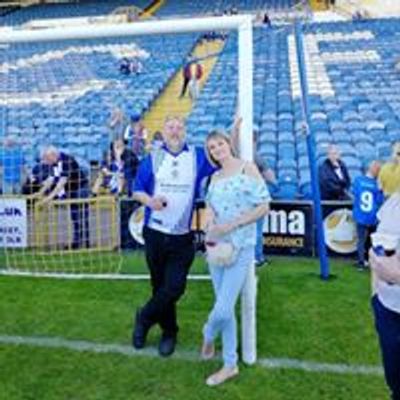 The Spinning Top
Follow Contact
About The Host: We are Stockport and South Manchester's No1 intimate music venue. We specialize in locally brewed cask ale, real cider & continental lager / German beers.
Website Link: http://www.thespinningtop.co.uk
Are you the host?
Nearby Hotels The Spinning Top, Hyde, United Kingdom
Report a problem ?