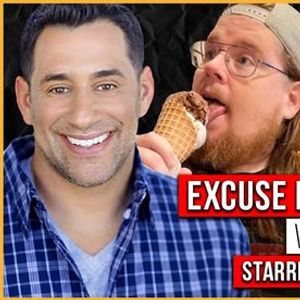 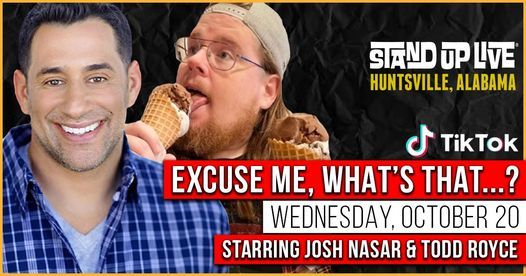 Todd Royce was a professional wrestler for 18 years before getting into stand up comedy. Known as "The American Wet Dream" and "Top Choice" Todd Royce, he toured around North America. After becoming a comedian, Royce was given a Golden Ticket on the popular K*ll Tony podcast by host Tony Hinchcliffe and, as a result, has performed at Cobb's Comedy Club in San Francisco and the World Famous Comedy Store in Los Angeles. In 2021 Royce has amassed a huge following on Tiktok, currently over 650,000, with comedy sketches featuring his catchphrase "What's That...?"

Joshua Nasar is a stand up comedian, television host, actor and social media personality. Josh's first big break was playing Sheriff Carrera on "Sons of Anarchy". From there he went on to host, "What's My Car Worth", for The Discovery Channel. Most recently Josh came up with a concept to pull up to strangers in his car, and then film positive, fun, and happy interactions. He just crossed 350 million views and now has over 1.5 million followers on three different platforms.

Tickets for Excuse Me, What's That...? at Stand Up Live can be booked here.