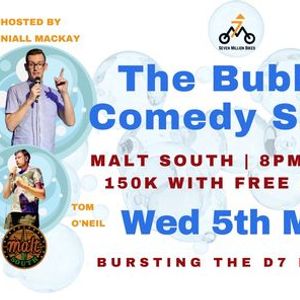 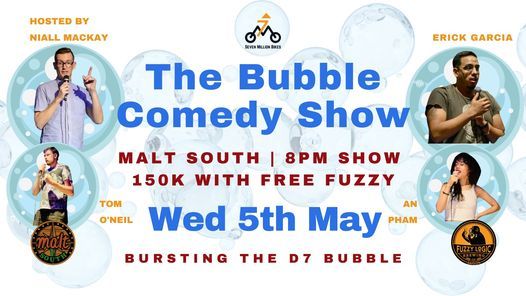 Come out and support Live Comedy in Saigon.

Inspired by his comedic hero, Billy Connolly, Niall performs regularly in Vietnam, hosting weekly comedy shows in Saigon and popular podcast, Seven Million Bikes; A Saigon Podcast. He'll make you laugh at being a Scotsman abroad, life in Vietnam and anything else in between.

“Niall wins his audiences over with a charming presence and funny jokes and songs! He has a hilarious point of view as an expat and world traveler!”
- JK Hobson.

Performing;
Erick Garcia (USA)
Californian by custom and New Orleanian at heart, Erick Garcia has been performing comedy for 8 years. Starting in New Orleans, he has since performed in Los Angeles and all over Vietnam. He has hosted shows for such acts as Daniel Ray Spaulding, Turner Sparks, Scott Agnew, Kristel Zweers and Garret Millerick.

Performing this year, he has been able to snag the runner up spot in the 2019 Vietnam Amateur comedy competition in Saigon and I s continuing to build on his craft.

Traveling throughout Vietnam and taking the stages, Erick Garcia is an American who takes the time to joke about politics, family and his travels through life.

And two special comedians... Finalists in the Vietnam Comedy Competition, Tom O'Neil and An Pham!!

Tickets for The Bubble Comedy Show can be booked here. 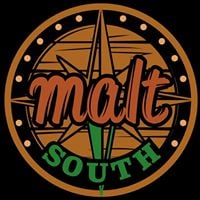