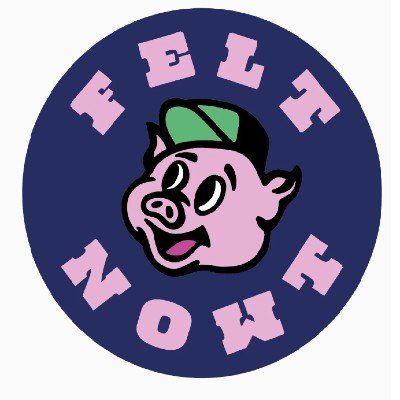 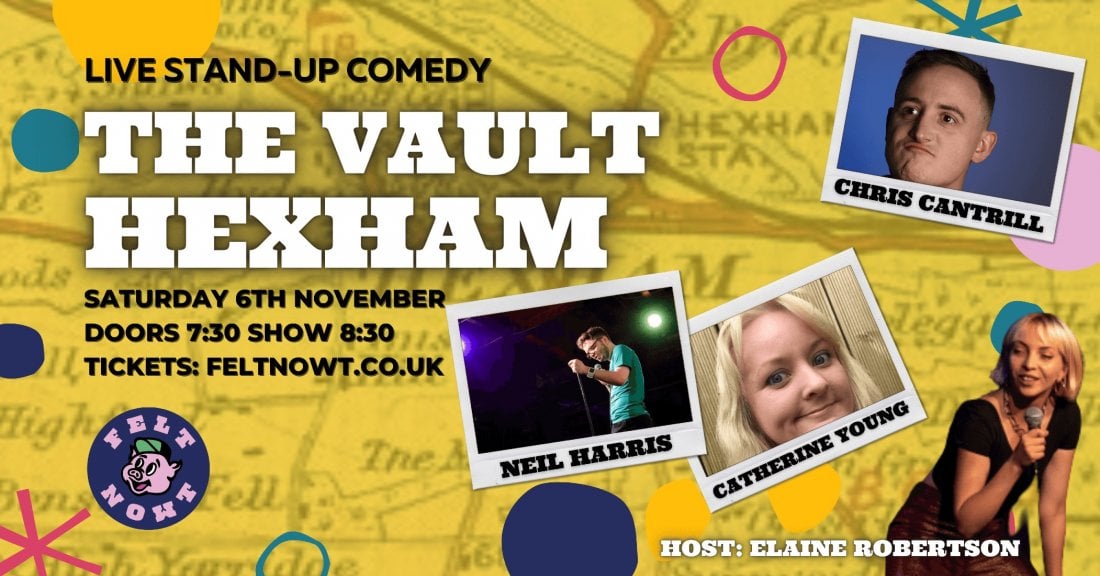 After sell-out shows in 2019 and 2020 the Vault in Hexham is hosting stand-up comedy nights once more. We are now working with new north-east comedy collective Felt Nowt to bring top performers talented comperes and the region’s many rising comedy stars to Hexham’s best underground cultural venue. November's amazingly talented line-up is:

Chris Cantrill: Chris is an award-winning comedian and tired dad hailing from West Yorkshire. As one half of Edinburgh Fringe Best Show nominated double act The Delightful Sausage Chris recently appeared on Richard Ayoade’s Question Team (Dave) and had a special on BBC Radio 2. He’s also fresh from his appearance on BAFTA-winning sitcom Alma’s Not Normal (BBC Two).

Neil Harris: Norwich-born Neil is a quickly ascending new comedian who has made a name for himself through his cerebral comedy with elegant and precise punchlines. He was runner-up in Hilarity Bites New Act of the Year 2017 and supported Tom Stade on tour in 2019.

Catherine Young: Winner of the Hilarity Bites New Act of the Year 2019 Catherine occasionally absconds from Middlesbrough and the general misery of life by running round the UK comedy circuit looking for anyone who will listen to her.

Harry Ford: Harry is a young emerging stand-up comedian and comedy writer from Leeds. He started making regular appearances on the north-east stand-up circuit in 2019 and was a finalist in Mr Shindig’s New Act of the Year. Harry has finally returned to Newcastle and he’s brought observations about love and life as an anxious twenty-something with him.

Elaine Robertson (host): Elaine is an emerging talent on the local comedy scene who is already sought after as a performer and host due to her relaxed and playful interaction with audiences.

Tickets for Felt Nowt Comedy in the Vault Hexham can be booked here.