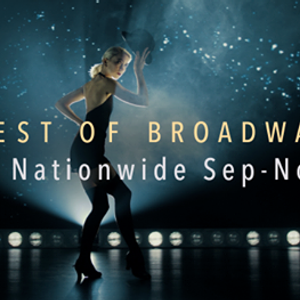 The Shows Must Go On

The Shows Must Go On

Dust off those musical theatre cobwebs and return to your seats to indulge in the magic of the very best songs from stage and screen. Showcasing an all-star cast of New Zealand voices from the international stage, this glittering concert of musical theatre showstoppers is not one to miss. The Shows Must Go On features a spectacular song list of your favourite toe-tapping numbers from the world’s greatest musicals including The Phantom of the Opera, Les Misérables, Hairspray, Dreamgirls, The Greatest Showman, We Will Rock You and Priscilla Queen of the Desert.

The Shows Must Go On features a stunning cast of New Zealand performers who have found success on the international stage. You’re not going to want to miss this rare chance to see this phenomenal ensemble of Kiwi performers singing the best of Broadway and the West End on a New Zealand stage!

Hayden Tee hails from Maungaturoto in Northland but has made a name for himself globally with his stunning portrayal of Javert in Les Misérables on Broadway, London’s West End, Australia, Dubai and New Zealand. His extensive musical theatre work has also seen him play Marius in Les Misérables, and wow audiences as Miss Trunchbull in Matilda on London’s West End and around the globe.

After beginning her career as a jazz musician, Verity Burgess’ love of music and dance drew her to the world of musical theatre. Beginning her journey with a role in The Royal Shakespeare Company/North Music Trust’s UK production of West Side Story, Verity has performed in Cats, Children of Eden and the UK tour, West End production and international tour of Evita.

Akina Edmonds has gained recognition across the ditch with her powerful voice, joining the cast of major Australian tours of Buddy Holly the Musical, Avenue Q, Hairspray, An Office and a Gentleman, Children of Eden, The Lion King, Beautiful; The Carole King Musical and Sister Act the Musical where she played the starring role of Deloris van Cartier. In 2019, Akina took to The Voice Australia stage where she worked with Guy Sebastian and Boy George and progressed through to the Battle rounds.

With a career spanning three decades, Paul Ross has performed extensively throughout New Zealand, Australia and internationally. He performed in the international tour of Les Misérables, the original Australia, New Zealand and Asia touring production and the 10th anniversary Australian tour of Mamma Mia!, as well as Cats, My Fair Lady, The Pajama Game and SHOUT! He has recently been a headliner solo artist at various festivals, concerts and events on the international stage.

Having performed in musicals since she was 8 years old, Emily Burns tackled some spectacular roles within New Zealand before taking her talents overseas. She has been seen as Mary Poppins in Mary Poppins, Eva Peron in Evita, Little Red in Into The Woods and Sophie in Mamma Mia. She has toured alongside the late Rob Guest in his Heartland Tour and currently performs on luxury cruise ships around the world.

Jack Fraser has a string of impressive musical theatre credits on his resume and as he takes his talents overseas, he continues to grow that list. He has performed as Che in Evita, Dr Dillamond in Wicked, Enjolras in Les Misérables and Khashoggi in We Will Rock You. Jack has also performed in The Sound of Music, Jesus Christ Superstar, Grease, Mary Poppins, Aladdin and Our House.

At the helm of this spectacular cast is New Zealand’s leading musical theatre director, Stephen Robertson who has amassed an impressive resume of directing credits throughout the years including Chess, A Chorus Line, Grease, The Phantom of the Opera, West Side Story, Avenue Q, Evita, Les Misérables, The Mikado, Chicago, Jesus Christ Superstar, Legally Blonde the Musical, Mary Poppins, Cats, Wicked, Beauty and the Beast, Mamma Mia, Priscilla Queen of the Desert and Miss Saigon.

With Stephen’s theatrical eye, and these six incredible talents on one stage, musical theatre lovers are in for a treat. Don’t miss this once in a lifetime opportunity to hear these voices unite on home soil before they head back overseas to continue delighting international audiences.

You may also like the following events from Clarence St Theatre:

Tickets for The Shows Must Go On can be booked here. 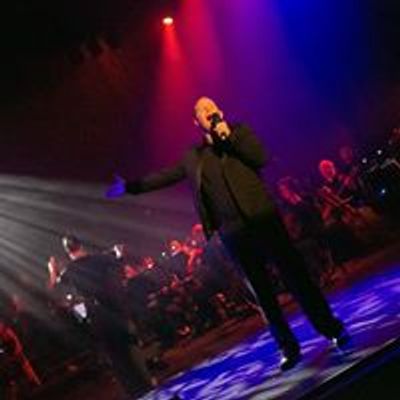