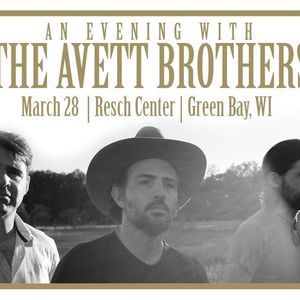 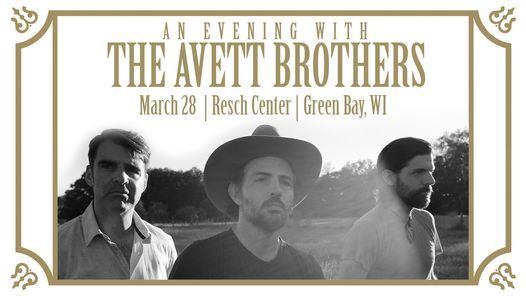 Due to impending inclement weather, The Avett Brothers concert on Sunday, August 8, 2021 will be rescheduled to Monday, March 28, 2022 and moved indoors from the Resch Plaza to the Resch Center.

All original tickets will be honored for the new date, and ticket holders will have access to specific areas within the Resch Center.

Ticket holders will receive more information prior to the general public on-sale for the rescheduled date. Reserved seating will be on sale soon at ReschCenter.com.

All tickets for the original performance will be honored, so patrons should hold on to their tickets. If you prefer a refund, you have until September 6, 2021 to do so and can request one by email here: https://www.ticketstaronline.com/customer-care/contact-us. We will process your refund within 30 days.

Please Note: To be eligible for a refund, you must have purchased your tickets through Ticket Star and not have transferred, posted, or sold them. If the tickets were transferred to you, you will need to transfer them back to the original purchaser for them to take advantage of the above.

Last year, The Avett Brothers released their critically acclaimed documentary May It Last: A Portrait of The Avett Brothers, which was co-directed by Judd Apatow [Doc & Darryl, Knocked Up, The 40-Year-Old Virgin] and Michael Bonfiglio [My Next Guest Needs No Introduction with David Letterman, Jerry Before Seinfeld]. The film followed the band as they wrote their Grammy nominated album, True Sadness. The film was released theatrically and debuted on HBO on January 29. In support of the film the band appeared on NBC’s “The Tonight Show Starring Jimmy Fallon,” “Today Show,” and Sirius XM.

Tickets for The Avett Brothers can be booked here.