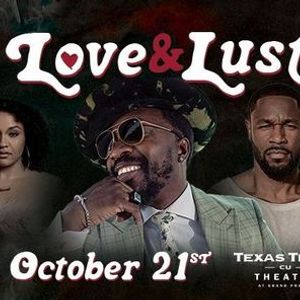 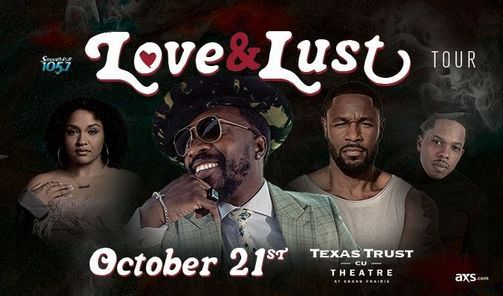 Artist Info:
Before Anthony Hamilton laid down the gospel as an R&B singer, the Charlotte, North Carolina native found his calling as a member of the church choir. “It’s like that feeling you get hearing somebody else lead that made me start to really pay attention to music, not just sonically but what it did to people,” says Hamilton, who began singing at six or seven years old. An introvert raised with his brother and sister by a single mother (his father left when he was nine years old), Hamilton found comfort in a foam-covered speaker while dreaming of stardom. “I was a child who had a very wide imagination and I would become the song. I used to listen to “Ben” by Michael Jackson a lot and I would dream like one day I’m gonna become a famous singer. I said that over and over again for years and I always believed it.”

Over two decades worth of label changes later (past deals included Uptown, MCA, Atlantic Records, Soulife Records, Andre Harrell’s Harrell Entertainment and Jermaine Dupri’s So So Def Recordings), Hamilton has found his happy place on RCA Records. Following up 2011’s Grammy-nominated effort Back To Love and his 2014 Christmas offering Home For The Holidays, the R&B cantor maintains his Southern sensibility and poignant songwriting on his fifth studio effort What I’m Feelin.’ Its lead single Amen — a melodic love note produced by Salaam Remi and James Poyser, praises a special lady’s efforts. Amen is just celebrating the beauty that a woman makes you feel, not just physical attributes, but the fact that she works, she goes to church, prays for you, cooks, cleans, just all those things that a woman brings to the table,” Hamilton explains.

The 12-track offering is also an emotional cleanse for the musician, who announced his divorce from his wife of nearly 10 years in 2015. “Anytime you spend that much time with someone, there’s a long connection that you have and even though it seems like you’re moving on, you’re still tied to the person,” he says who dedicates the reflective track Walk In My Shoes to his ex-wife. “I’m tellin my wife like you gotta be me, my past and all the things that shape me, all my fears, and whatever it is I’ve been through that made me the man that I was and hindered me from being the man that I wanted to be.” On other standouts like the melodic What I’m Feelin, Hamilton opens up about the struggles of letting go. “We get into these relationships and sabotage them because of a fear of creating the unknown, the beautiful, the peace and a place where you can let go,” he says. “Being able to totally let go is something I look forward to doing.”

Hamilton’s decorated catalog includes his 2003 debut, Comin’ From Where I’m From (which carried the hit title track), 2005’s Ain’t Nobody Worryin’among other efforts. He has earned several Grammy nominations, like Po’ Folks, the 2002 Nappy Roots collaboration that earned a nod for best rap/sung collaboration, and won his first trophy in 2009 for best traditional R&B vocal performance for his duet with Al Green on You’ve Got The Love I Need. He has also lent his vocals to a variety of talent includingNas, Rick Ross, Carlos Santana, Jill Scott, Tupac, and Al Green to name a few. His first album in over five years, What I’m Feelin’, was released via RCA Records on 25 March.