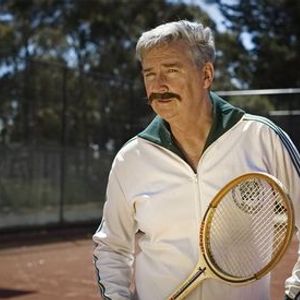 Written by Kieran Carroll (Sons of Sun, The Truth is Longer Than a Lie)
Performed by Damian Callinan (The Merger, Swing Man, The Wine Bluffs)

Numerous well-known guests drop by to celebrate his special day and share the memories. Both drama and comedy, the play portrays a highly determined and ambitious man burning through a quickly changing world. Aware he’s putting his family second emotionally while conscious of providing for them financially, the play exposes the exhausting schedules that even players of yesteryear endured. Volatile off-court politics are also rife as the game moves into full blown professionalism.

NEWK (The John Newcombe Story) is a grand story about wanting life to be a huge ride, where rest is secondary and finally how that zest and appetite for life never disappears but has to be tempered.

You may also like the following events from Laycock Street Theatre:

Tickets for NEWK - The John Newcombe Story can be booked here.