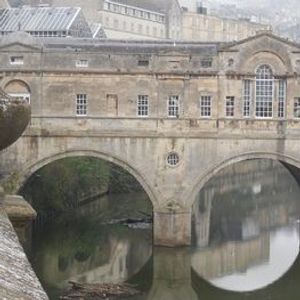 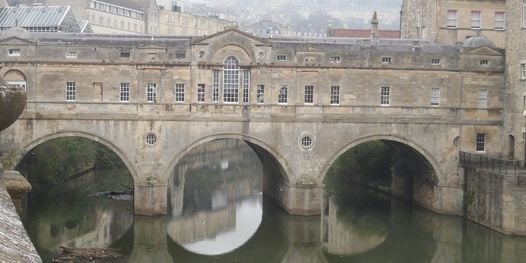 The City of Bath is a World Heritage Site, much loved for its Georgian architecture. This Virtual Tour looks at life in Georgian Bath
Bath takes its name from the famous Roman Baths, which were rediscovered during the 18th Century. The health giving properties of the spring waters in Bath caused a surge in visitors, and during the year wealthy Londoners would come there to enjoy the season. Often as much for pleasure as good health.
This virtual tour on Zoom will look at the pleasures of Bath , using first hand accounts of life in Georgian era Bath, readings from newspapers of the time, paintings of famous Bath residents and photographs of Bath today. You'll see why Bath rightly deserves its status as a World Heritage Site.
There will be stories of the dances that took place at the assembly rooms, card games that went on into the night, horse racing and surprisingly women's six a side football that formed some of the many amusements in 18th century Bath. You'll hear of the malingering Prince of Orange, visitors like Jane Austen, duels fought to the death and scandal amongst the aristocracy. And of course there will be the story behind the famous Bath bun.
Rob has led many walking tours of Bath so if you are thinking of visiting for yourself and want to know more before you get there, or are just interested in life amongst the upper classes in 18th century Britain, this Virtual Tour is for you.
Here's a review I got for my walking tour of Bath in 2017
Rob was absolutely fantastic. His commentaries were not only historically interesting but intertwined with good humour. Absolutely recommend Rob as a guide.
Nimish

Event Photos
There is no photo available at this moment
Nearby Hotels Tor's Tour of the Tor - Sacred Tours of Glastonbury and the UK., Albert buildings, BA69 Glastonbury, UK, Glastonbury, United Kingdom
Report a problem ?