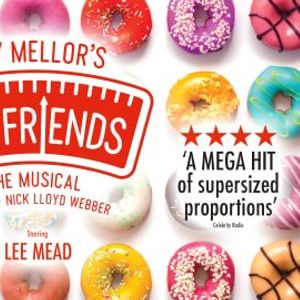 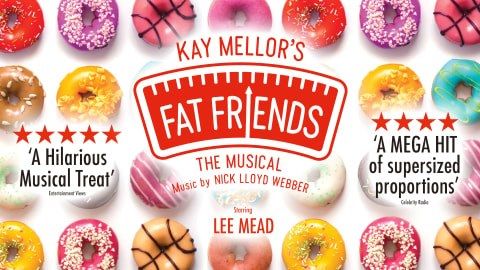 The “weight" is over! Fat Friends - The Musical is back and it’s going to be bigger and better than ever!

Following the massive success of its first outing, Kay Mellor’s Fat Friends - The Musical, returns next Spring, starring West End and TV favourite, Lee Mead. This hugely entertaining musical is based on the hit TV show Fat Friends, which starred James Corden and Ruth Jones. Created and directed by the brilliant award winning Kay Mellor, (In the Club, Girlfriends, Band of Gold), whose latest hit series of The Syndicate has just run on BBC One and with original music and songs by Nicholas Lloyd Webber, Fat Friends - The Musical reunites our favourite foodie friends as they are put through their Zumba paces at their local slimming club, whilst Kelly fantasises about fitting into the wedding dress of her dreams.

Lee Mead is a much loved actor of stage and screen. Having won the nations hearts when they voted him their Joseph in BBC One’s Any Dream Will Do, Lee has gone on to star in the West End in Joseph, Legally Blonde and Wicked before establishing himself as a TV favourite on Casualty and then Holby City in the role of ‘Lofty’. Lee, and further cast to be announced, look forward to entertaining you in a show that serves up a tasty treat full of hope, humour, love and weight loss, delivers a night full of laughter and encourages us all to Love Who You Are! Fat Friends - The Musical is a feel-good night out for every body and a HUGE hit!

You may also like the following events from Frasers Travel Ltd:

Frasers Travel Ltd
Follow Contact
About The Host: An independent family run agency. Established in 1986; we're here to turn your dreams and adventures into reality. From bus tours, caravans and lodges to a dreamy break by the Caribbean waters- we are guaranteed to help you plan your perfect break away.
Website Link: http://www.fraserstravel.co.uk
Are you the host?
Nearby Hotels King's and Theatre Royal Glasgow, 297 Bath Street, Glasgow, United Kingdom
Report a problem ?