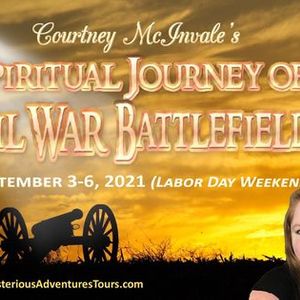 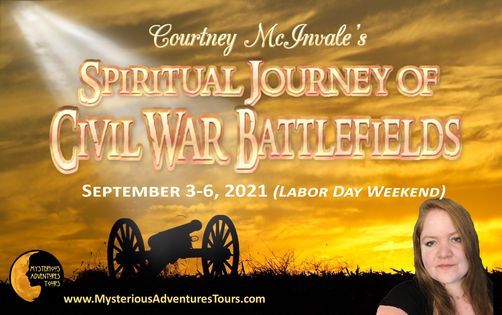 Join Author, Historian, Medium and Tour Guide Courtney McInvale on this spiritual journey through some of the Eastern Theater's most haunted battlefields on the 160th Anniversary Year of the deadliest conflict in American History. We will visit the haunts and history of some of the deadliest battles of the war including: Chancellorsville/Wilderness/Spotsylvania, Antietam and of, course Gettysburg. We may even make a stop at Harper's Ferry, West Virginia to meet the ghost of John Brown!
The men who lost their lives on these hallowed grounds have a story to tell and we can't wait to share it with you.
Courtney's new book, the first in a Civil War Series will be released with this tour as well!