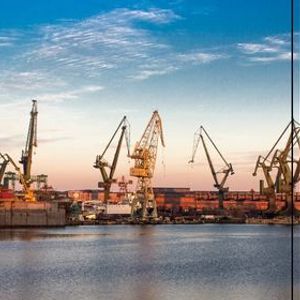 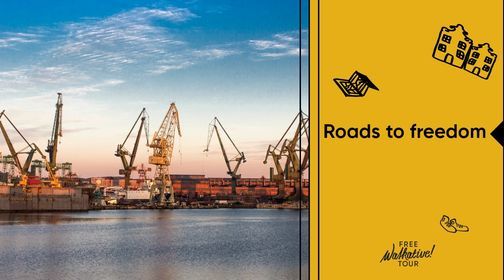 Two of the watershed moments of the 20th century were the Second World War and the collapse of communism. Gdańsk is the city in Europe where both of these events began. This FREE Walkative! TOUR covers both of them and everything in between. The death of the city at the end of WWII is our starting point — Gdańsk was in ruins after the destructive battles that took place here and nearly all of its population was replaced. In these difficult circumstances, something different had to be created — the new communist Poland. Like all the other countries on the eastern side of the iron curtain, Poland faced internal and external repressions supervised by the Soviet “Big Brother”. Only the workers in the Gdańsk shipyards were determined enough to start the strike that sparked the decade-long process leading to the collapse of communism. We will travel in time from the rubble of Gdańsk to the shipyards, from the Free City of Danzig to the City of Freedom. Join us for a tour that will help you understand the complicated modern history of Gdańsk and its people, one that will raise questions that remain valid to this day. Walk with us through the path that brought freedom to half of Europe.

? You can book it here:
https://freewalkingtour.com/tours/roads-to-freedom/

? Meeting point: Between the Golden Gate and the Amber Museum. Look for the guide with a yellow umbrella.

? Remember that booking is obligatory, be sure to put your mask on, we will also be masked, but be sure that we will smile at you with our eyes! :) We set a limit on the group size, so hurry up and book now!

Tours operate in our regular "free tour" formula - it is up to you to decide how to reward a guide for his work. The amount is voluntary. You can think of a tour as a trip to the cinema though. Similarly - you will have fun for about 2 hours. Let the amount reflect the ticket price - whether you were in a cheap studio cinema or in an expensive multiplex, it is only your decision! However, we ask you to restrain yourself and do not eat popcorn during the tour ;)

Also check out other Trips & Adventurous Activities in Gdansk.

Tickets for Roads to freedom - Free Walkative! Tour can be booked here.