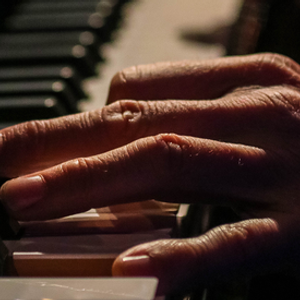 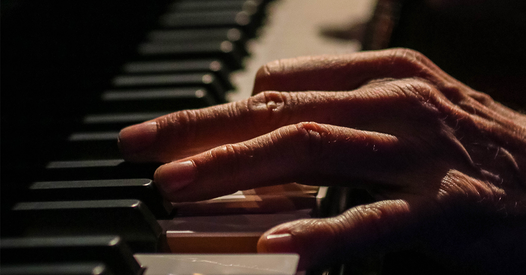 An evening with celebrated solo pianist George Winston at San Juan Community Theatre in Friday Harbor, Washington on Saturday, September 18, 2021. This second date was added because the Friday show sold out -- so get your tickets now! https://tickets.sjctheatre.org/TheatreManager/1/login&event=1037

Please join us in support of a local food bank by bringing a donation of canned food to the concert. There will be collection baskets at the entrances.

George Winston grew up mainly in Montana and also spent his later formative years in Mississippi and Florida. During this time, his favorite music was instrumental rock and instrumental R&B, including Floyd Cramer, the Ventures, Booker T & The MG’s, Jimmy Smith, and many more. Inspired by R&B, jazz, blues, and rock (especially the Doors), George began playing the organ in 1967.

In 1971 he switched to the acoustic piano after hearing recordings from the 1920s and the 1930s by the legendary stride pianists Thomas “Fats” Waller and the late Teddy Wilson. In addition to working on stride piano, he also at this time came up with his own style of melodic instrumental music on solo piano, called Folk Piano.

George is presently concentrating mainly on live performances, and most of the time he is touring playing solo piano concerts (the Summer Show or the Winter Show), solo guitar concerts, solo harmonica concerts, and solo piano dances (with R&B and slow dance songs).

Find out more at GeorgeWinston.com

Tickets for An Evening with George Winston in Friday Harbor can be booked here. 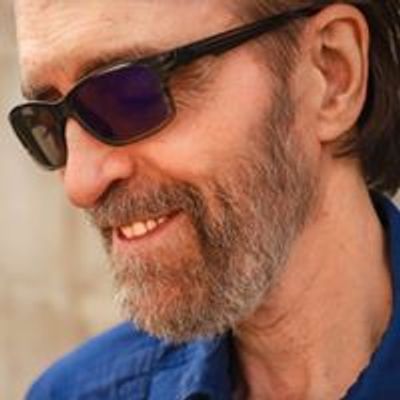